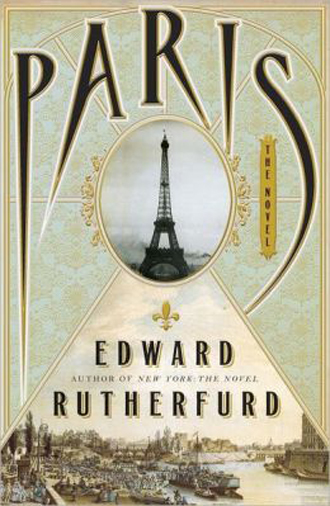 Paris has been both good and bad to the aristocratic de Cygne family over the centuries. While one generation was welcome at the nearby court of Versailles, another faced the guillotine during the Reign of Terror.

Edward Rutherfurd’s latest historical novel tracks the de Cygnes and a few other families in Paris from 1261 to 1968 as the city evolves from a medieval outpost to world-class metropolis. His primary focus is on the cohort born later in the 19th century who grew up to witness the existential threat to Paris in two World Wars. Aside from the noble de Cygnes, the book follows the merchant Blanchard family, the working-class Gascons and the lefty Le Sourd clan. Action jumps from their day to points in the past. The fates of the families intersect like lines on a Paris subway map.

The churches, gardens and back alleys of long-ago Paris are revealed through the characters’ eyes. And they bump into a few famous people along the way: Cardinal Richelieu plots away, Marc Chagall doodles on a tablecloth and Gustave Eiffel explains the engineering behind his tower.

Rutherfurd spends time up and down the social ladder in “Paris,’’ but he seems to prefer the chateau over the hovel. The wealthier characters tend to be more fully drawn. And with so many characters over so many centuries, some seem to exist to keep some plot thread moving or to show off some facet of the city. ?

Rutherfurd takes it up a notch in the last part of the book, which is set in occupied Paris during World War II. In this long, climactic section, Rutherfurd succeeds best at describing not just the buildings and gardens of Paris, but also the actual mood of the city under Nazi rule. Some of the characters respond heroically, another cynically, leading to a familial reckoning that is both tense and enjoyable to read.