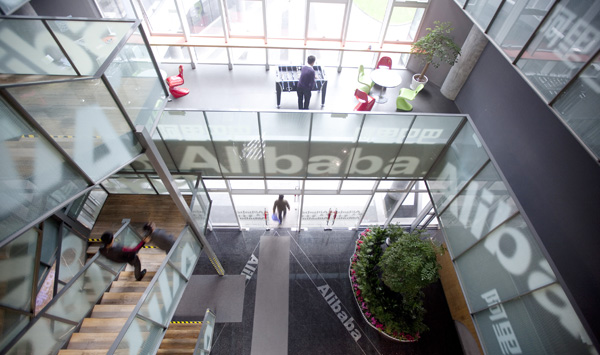 Alibaba Group Holding doesn’t want to be the next Facebook - at least for its prospective initial public offering. The world’s biggest online retailer is considering a more conservative valuation than what the social-networking company achieved last year, a person familiar with the situation said.

While Alibaba, based in Hangzhou, China, has said it has no timetable for an IPO, analysts are anticipating an offering this year or next. Proceeds from the IPO would be used along with additional cash to buy back stock held by Yahoo, said the person, who asked not to be named because the plans are private.

Alibaba, which has made Jack Ma a billionaire since he founded the company in 1999, is already in the early stages of a Facebook-like speculative fever over its valuation. With revenue projected to increase about 59 percent this year, echoing Facebook estimates at the time of its IPO, some analysts have said Alibaba could be valued at as much as a $100 billion - right around the $104 billion price tag Facebook fetched in its offering.

While investors may clamor to own a piece of the world’s biggest e-commerce platform, that kind of price could produce disgruntled shareholders and a legacy of ill will if the stock drops - the same fate that befell Facebook, which went on to lose half of its market value. Investors, who have seen the most-traded U.S.-listed Chinese stocks fall 6.8 percent this year while the Standard & Poor’s 500 Index has rallied 13 percent to a record, also need to be comfortable with the price.

A more reasonable valuation might be about $62.5 billion, the median of eight estimates by investment banks and research firms since February, data compiled by Bloomberg show. That’s 84 times the estimate of last year’s net income by Morgan Stanley analysts. Facebook’s IPO valued the company at 107 times the previous year’s net income, data compiled by Bloomberg show.

The company has no timetable for an IPO, Alibaba spokesman John Spelich said. Ma, the executive chairman, said last year the company may go public within five years. Jonathan Lu will replace Ma as chief executive officer in May. It’s not known how much of the company might be listed.

Alibaba doesn’t sell merchandise itself. Instead, it runs platforms including Taobao Marketplace and Tmall.com that connect retail brands with consumers, a cross between Amazon and eBay. The estimated value of goods sold on Alibaba last year, everything from consumer staples to cement and aluminum, was $180 billion, about triple those sold through Amazon, said Eric Qiu, analyst at Guosen Securities in Hong Kong.

To strengthen its mobile business, where an increasing number of shoppers place orders, Alibaba last month said it paid $586 million for an 18 percent stake in Sina’s Weibo unit, which is China’s largest Twitter-like service.

While Alibaba already dominates in China, the company may position its IPO as a bet on gaining even deeper penetration to harness growth, the person said. Online retailing in China more than doubled each year from 2003 to 2011 and is projected to more than triple to $395 billion from 2011 to 2015, according to a McKinsey report in March. China had 564 million Internet users at the end of 2012, 10 percent more than a year earlier, according to the government-run China Internet Network Information Center.

Alibaba has seen up-close the travails of an overpriced IPO. Its Alibaba.com business-to-business unit went public in 2007 at a multiple of 54 times bankers’ projections of the following year’s earnings before accounting for stock-based compensation, and the stock almost tripled on its debut before trading as much as 72 percent below the IPO price. Bloomberg