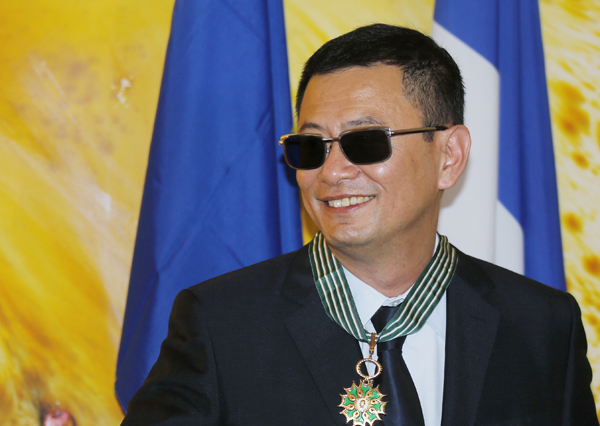 Wong was named a Commander of the Order of Arts and Letters by French Foreign Minister Laurent Fabius on Sunday.

Fabius bestowed the medal on Wong in a ceremony at the French consul general’s official residence in the southern Chinese city.

The filmmaker said the award is “in a way, a tribute to Hong Kong cinema,’’ and that France is cinema’s “spirit home.’’

Wong’s movies include “Chungking Express’’ and “In the Mood For Love.’’ His most recent film, “The Grandmaster,’’ was released this year.