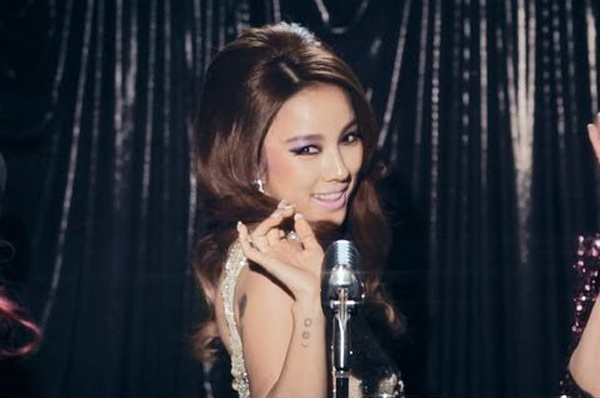 Lee Hyo-ri released the music video of her comeback song, “Miss Korea,” yesterday before the release of her complete album on May 21. The song gained more attention as the pop icon wrote lyrics and composed the song herself. Soon after the release, the song topped local music charts yesterday.

In a black-and-white video, Lee appears in a swimsuit on stage with a sash resembling those worn by beauty pageant contestants. Just as contestants are evaluated based on their posture in a real pageant, the video juxtaposes scenes of Lee posing, while a male judge writes down the score.

It’s been said the song aims to send a hopeful message to Korean women. With retro-style hair and thick makeup, she grins as if she despises people who judge women only by their looks?. Regardless of others’ opinions, she dances and sings confidently.

Before the song’s release, she posted five videos of her being photographed for Vogue Korea last month. In those black-and-white videos, she is shown getting ready in a powder room and changing outfits.