‘Mai Ratima’ to be shown in Montreal

‘Mai Ratima’ to be shown in Montreal 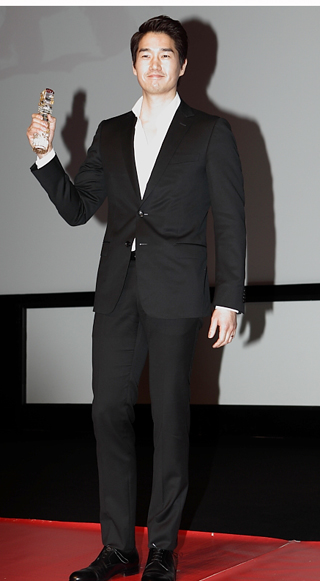 “Mai Ratima,” the first feature-length film directed by Yoo Ji-tae, has been invited to the 37th Montreal World Film Festival.

The movie has had a good run recently.

It previously won the Panel Award at the 15th Deauville Asia Film Festival in March.

Many movie critics have praised the work, indicating their surprise that “Mai Ratima” is the first feature of Yoo’s career as a director.

It has been said that the general manager of the Montreal festival personally chose the film for the Korean movie category during a visit to Korea in early April, according to local media reports.

The movie has also been shown during the ongoing festival in Berlin called Korean Cinema Today.

The movie depicts a struggling Thai immigrant who hopes to achieve the Korean Dream and a Korean man who chooses to take the low road after failing to find a job.

It will be released in Korea on June 6.