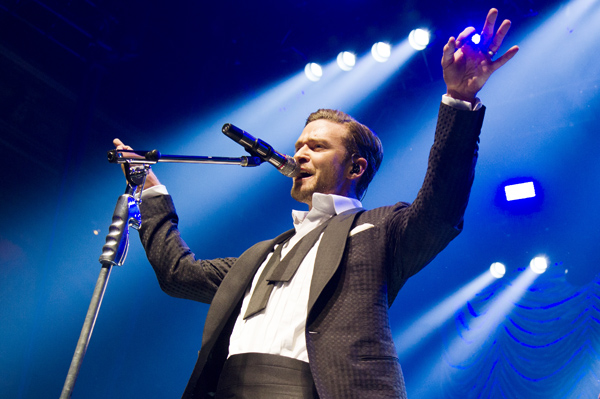 LOS ANGELES - Justin Timberlake will embark on an international tour in October - his first in six years - and will release 10 new songs at the end of September, concert promoter Live Nation said on Monday.

“The 20/20 Experience,” the singer’s first album in seven years, was released in March and topped the U.S. album charts for three consecutive weeks.

He is now planning to release 10 news songs, and out-takes from the March release, in a second installment of “The 20/20 Experience” on Sept. 30, record label RCA said. The North American leg of Timberlake’s tour will begin on Oct. 31 in Montreal and finish on Feb. 10, 2014, in Omaha, Nebraska. It will follow an abbreviated summer stadium tour with rapper Jay-Z.

The “Suit & Tie” singer will perform mostly in mid-sized cities, such as St. Louis, Indianapolis and Edmonton, that his “Legends of the Summer” tour with Jay-Z did not cover. Live Nation has yet to announce the European, Australian and South American tour dates.

The release of “The 20/20 Experience” was the first new music from Timberlake, 32, since 2006 after the former N’Sync member spent several years focusing on his movie career, launching his own record label, and marrying actress Jessica Biel. Reuters