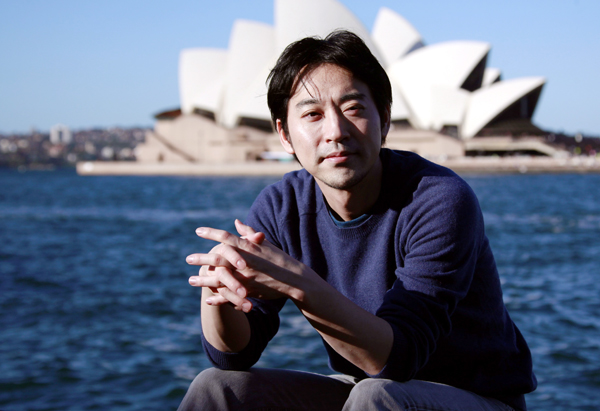 SYDNEY - Korean musician Yiruma, a household name in his homeland, prefers to think of himself as more of a composer than a pianist, getting inspiration from his surroundings and his memories, including those of old lovers.

But fans of the 35-year-old don’t much mind what he calls himself: he’s notched up more than 124 million YouTube views for his performances, including more than six million alone for the much-covered “River Flows in You,” his composition.

“I try to recall the memories of my past, my childhood, sometimes my lovers - don’t tell my wife,” the soft-spoken Yiruma said in an interview during his first promotional tour of Australia.

“But it’s all my surroundings that inspire me. That’s the beginning point of my composition, really.”

Yiruma has already composed soundtracks for musicals, films and theatre and worked as a radio DJ in Korea, hoping to make music accessible to everyone.

Now, Sony Music is hoping to build his following elsewhere in the world.

His week-long visit to Australia coincided with the release of his new album, “Stay in Memory,” and a greatest hits collection, “The Best - Reminiscent.”

During the trip, Yiruma surprised fans with grand piano performances in places as far from exalted concert halls as shopping centres in Sydney and Melbourne - and been surprised himself by their response.

“It’s amazing, really. I never expected people here to know about my music,” Yiruma, whose real name is Lee Ru-ma, told Reuters after a performance in central Sydney.

He adopted Yiruma, which means “I shall achieve” in Korean, as his stage name.

Born in Seoul, Yiruma started to play piano at the age of 5 before moving to England at 11 to study music, graduating from the prestigious King’s College London with a degree in composition in 2000.

“Stay in Memory,” released on Friday, was recorded in a concert hall to “give truth to his compositions” during the recording process. He has released seven studio albums, according to Sony.

“Sometimes I just sit at the piano. I’ll stay there the whole day. I’ll even eat at the side of the piano,” he said.

“I just sit there and think and sometimes [music] comes out from my head.”

Yiruma’s Australia trip culminated on Tuesday with a performance for industry VIPs at Sydney’s Opera House.