Knicks use huge run to rout Pacers, even series

Knicks use huge run to rout Pacers, even series 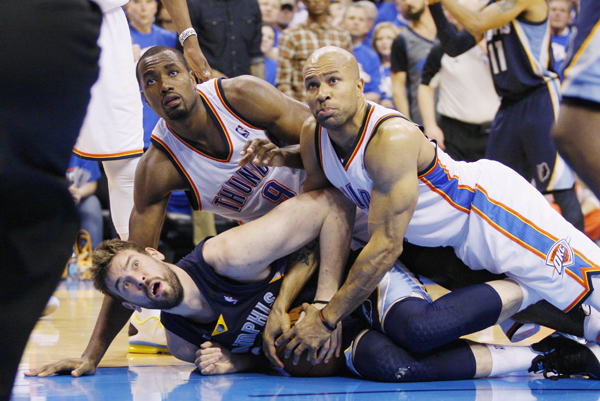 NEW YORK - Led by Carmelo Anthony, the New York Knicks blew away the Indiana Pacers with a performance that resembled something from earlier this season, not this series.

Anthony scored 32 points, 16 during a 30-2 New York onslaught in the second half, and the Knicks beat the Pacers, 105-79, on Tuesday night to even the Eastern Conference semifinals at one game.

“I think for the most part from the start of the game and throughout the whole game, I think we played with a sense of urgency today,” Anthony said. “We played the way we’ve been playing as far as competing at the highest level.”

Iman Shumpert added 15 points, including a sensational follow dunk in the first half, and Raymond Felton scored 14 as the Knicks turned a close game into a blowout over the final 15 minutes.

Paul George scored 20 points for the Pacers, who had a two-point lead and momentum when coach Frank Vogel called timeout with a little more than 3 minutes left in the third quarter.

By the time the Pacers got on the board in the final period at the 4:48 mark, the Knicks had opened a 26-point advantage.

“The fourth quarter we just defensively, we picked up,” Knicks coach Mike Woodson said. “We kept getting stop after stop and then we would rebound the ball and get it up and our offense began to flow like old times. It was kind of nice to see.”

Game 3 is Saturday at Indianapolis.

It was the first time the Knicks scored 100 points in a playoff game since June 9, 1999, when they beat the Pacers, 101-94. It was New York’s largest margin of victory in the postseason since a 109-75 rout of Detroit on April 24, 1992, according to information provided by ESPN Stats and Info to the Knicks.

David West scored 13 points for the Pacers, who committed 21 turnovers that led to 32 points, negating their height advantage that loomed so large in their Game 1 victory.

In another playoff game, Mike Conley scored 26 points, Marc Gasol added 24 points and the Memphis Grizzlies used a late run to beat the Oklahoma City Thunder, 99-93, on Tuesday and even the Western Conference semifinals at one game.

Conley hit a 3-pointer from the left wing with 1:58 left to put the Grizzlies ahead to stay, then added an 18-foot jumper to stretch the lead to 94-90.

The Thunder gave the Grizzlies too many second-chance opportunities and allowed too many points off turnovers.

After hitting the key baskets in Game 1, Kevin Durant couldn’t provide an answer for the Thunder. He missed his last three shots, including a pair of 3-point attempts, and finished with 36 points, 11 rebounds and nine assists.

“We can’t put our heads down that we lost,” Durant said. “Me as a leader, I always have to be positive.”

Game 3 is Saturday in Memphis.