“Gomawayo,” said Ryu, which means “Thank you” in Korean, in a tone of the intellectually disabled man, Yong-gu, whom he played in the melancholy movie “Miracle in Cell No. 7” as he went up onstage to receive the prize. 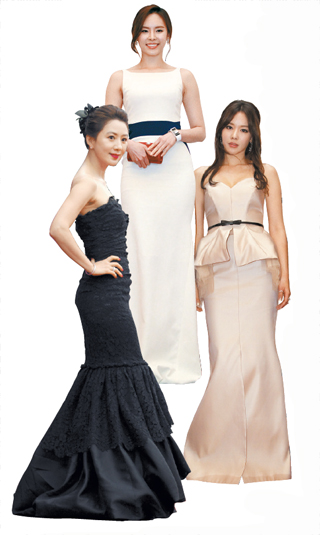 Actresses show off their styles and figures on the red carpet. From left: Kim Hee-ae, Goo Eun-ae, Kim Ah-joong.

Despite a few drops of rain last night, celebrities walked down the red carpet in their best or worst dresses into the Grand Peace Hall of Kyung Hee University in central Seoul, smiling and waving at cameras and fans in hopes of taking home one of this year’s Paeksang Arts Awards.

Organized by JTBC and Ilgan Sports, this year’s Paeksang Arts Awards seemed to have found charms in “social drama.”

“The Chaser,” an SBS television drama series about a grieving detective father who seeks revenge against corrupt power and JTBC’s “A Wife’s Credential,” that deals with the forbidden romance of a married man and woman but also the zealous private education craze of Gangnam District, took home major awards. In the movie category, “Gwanghae, The Man Who Became King,” that depicts the intense aspiration of a leader, stood out among others, taking home the Grand Prize, as well as the Director Award and the Screenplay Award.

The Paeksang Arts Awards, the country’s leading awards that encompass the realms of film and television, was established for the morale of the development of Korean pop culture, art and artists in 1965. Yesterday’s Paeksang Arts Awards, which was emceed by actress Kim Ah-joong, actor Joo Won and announcer Oh Sang-jin, was aired live via JTBC from 6 p.m.

In the television category, comedian and TV host Yoo Jae-seok won the Grand Prix. Yoo has been winning grand prizes in numerous awards for being the best in the business. His No. 1 spot for this year’s Paeksang Arts Awards is also for his accomplishment in the SBS variety show, “Running Man,” which secures the No. 1 spot in its time slot with viewers’ ratings, reaching the 20 percent mark each time. 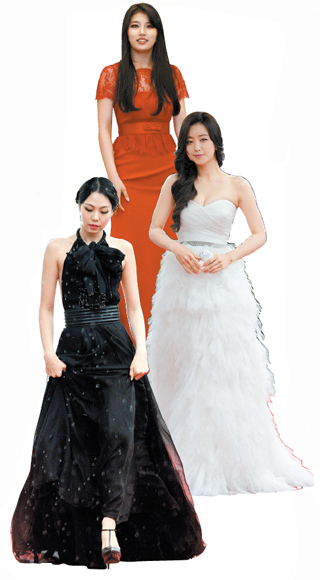 Best Actor and Best Actress in the television category went to actor Son Hyun-joo, 48, from “The Chaser” and actress Kim Hee-ae, 46, from “A Wife’s Credentials.” Son’s 21 years of acting on small screens, followed by impressive acting skills, should’ve given him showers of honors, but he’s been unlucky when it comes to awards. Last night, he finally fulfilled his “long-cherished desire.” On the other hand, this year’s award was Kim’s fifth award at Paeksang since its establishment. She had previously won the Best New Actress, Best Actress and two Grand Prix awards.

The drama “The Chaser” didn’t only make Son smile. It became the most awarded work last night, winning the Best Screenplay Award, and the Best Drama Award.

In the movie category, Best Actor and Best Actress awards went to Ha Jeong-woo and Kim Min-hee. Meanwhile, Ji Dae-han, a 12-year-old child actor, who is from a multicultural family, was the youngest winner yesterday, taking home the Best New Actor Award for the film, “My Little Hero.”