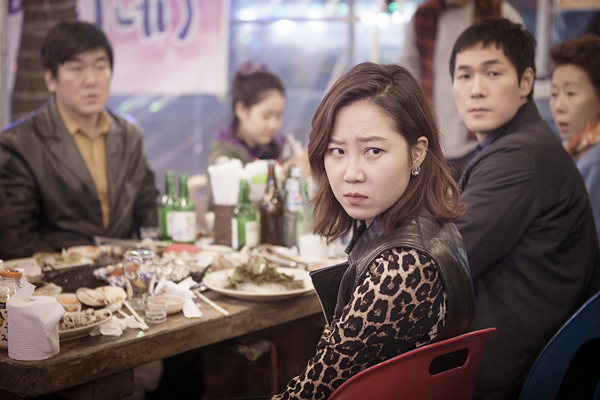 From its conception, this movie promised big things with names like Kong Hyo-jin, Park Hae-il and Yoon Je-moon.

The plot, which is also alluring, is about three misfit siblings with a mean average age of 39, who all decide to move in with their mom.

Based on the novel of the same name by Chun Myung-gwan, the film kicks off in hilarity with a thwarted suicide, two fully-grown brothers, Han-mo and In-mo, wrestling over a spot at mom’s, as well as twice-married Mi-yeon fleeing her husband and moving into her mom’s with her teenage daughter, Min-kyung (Jin Ji-hee) in tow.

The first part of the film focuses on the characters and the changing alliances as the three siblings fight over everything from each other’s failures to pieces of pork. The exaggerations, the swearing and the unfortunate living situation will generate a lot of laughter, often resembling any other family.

The second part of the movie, however, enters a more serious phase as the teenage Min-kyung runs away from home.

This French-Belgian romantic drama tells the poignant tale of love between a killer whale trainer Stephanie (Marion Cotillard), disfigured on the job and an unemployed father named Ali (Jacques Audiard, who also directed the film).

It’s set in Antibes and even on the surface, the plot involving a newly disabled whale trainer and a boxer-turned-bouncer who tries to keep it together for his son sure has its appeal.
After Stephanie’s accident, she is no longer her usual self, a girl who lived and loved vicariously. As she struggles to find her new identity, Ali, whom she met before the accident, becomes a key figure in her life.

The Singing Contest (All)

The legendary Korean singing contest named, “The Singing Contest,” which has run for 33 years traveling nationwide with one host emcee, Song-hae, comes to the big screen with dynamic stories involving each contestant.

The story revolves around local people in the city of Kimhae in South Gyeongnam, where the legendary singing contest takes place. Because the contest is well-known as a ticket to becoming a star singer, a number of locals scramble to appear in the televised show. Among the applicants, a man named Bong-nam (Kim In-kwon), who has long aspired to be a singer, takes part in the preliminary contest without telling his wife (Ryu Hyun-kyung). But soon, with his stunning performance, he becomes an overnight star among middle-aged women in the city. Meanwhile, a female municipal worker, Joo Ha-na, who is a terrible singer but very brave, also participates in the contest. And other contestants with their own stories struggle to be the show’s winner.

The movie has garnered attention for producer Lee Kyung-kyu, the leading comedian, who has failed on a series of films but never gave up his dream of being a successful movie producer. The real host of the contest will also appear as a cameo. 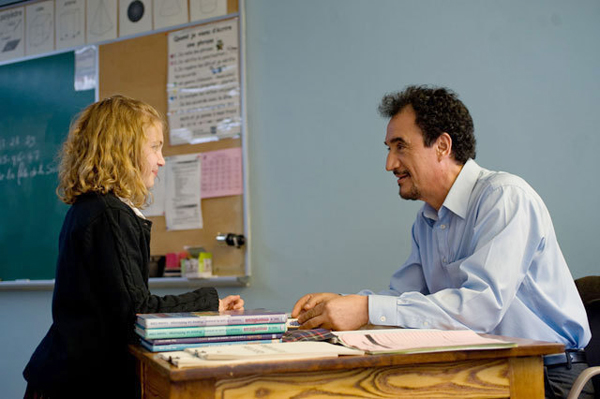 The film tells a beautiful story about an Algerian immigrant teacher and his young students who are struggling to cope with their own painful memories.

In Montreal, Canada, the sudden death of a well-liked teacher leaves a class of a primary schoolchildren heartbroken. Learning the news, a man named Lazhar (Mohamed Fellag), who is a refugee, comes to fill in the vacancy as a substitute teacher, claiming he has many years of experience as a teacher. The loveable but unruly children greet him with curious eyes. But soon, Lazhar finds each of them is traumatized to varying degrees. Feeling empathy, he tries to help them recover, despite their wide cultural gap. While bonding with them, Lazhar is also healed by the kids, although nobody is aware of his catastrophic past. In fact, he was a civil servant who lost his wife and kids in a fire. Little by little, Lazhar and the kids try to pick up the pieces of their lives, but he’s forced to leave the school.

The film won the Best Canadian Feature prize at the Festival in 2011 and was nominated for the Oscar for Best Foreign Language Film at the 84th Academy Awards. 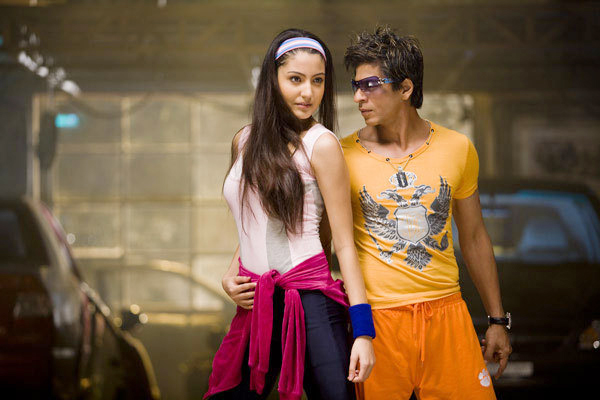 The movie tells the story of a mismatched couple who come to get married but live in an empty shell of a relationship.

One day before the wedding, the father of the bride-to-be, Taani (Anushka Sharma), hears that his daughter’s beloved groom-to-be was killed in an accident. The father, a professor who cannot let grief swallow his daughter and leave her unmarried, decides to match up his daughter with one of his geeky students named Suri (Shah Rukh Khan), who has no family or women who like him. Taani’s father convinces her to marry Suri as his dying wish. Suri, who had a crush on Taani a long time ago, is happy to marry her. But Taani, who marries against her will, never opens up to him. In their dull marriage, Taani shows interest in a dance class and competition called “Dancing Jodi.” Suri allows her to attend the class and soon he decides to go, as “Raji.” His unlikely best friend, hairdresser Bobby (Vinay Pathak), gives him a total makeover with sexy clothes, sunglass and a stylish haircut. And “Suri” starts his double life to win over Taani’s heart. 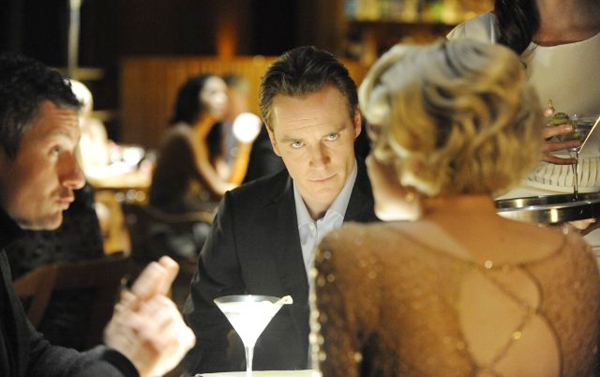 The film’s poster of a man lying in his bed with his hand reaching toward a body part under the sheets sums up this movie nicely.

The British drama film, directed and co-written by Steve McQueen in 2011 and starring Michael Fassbender and Carey Mulligan, is about the life of a sex addict.

Brandon goes about living his dual life, as a clean-cut average office worker by day and a fiend who prowls for any pair - or pairs - of legs to seduce by night.

Throw in an emotionally unbalanced sister (Mulligan), who has an affair with Brandon’s adulterous boss, as well as a potential romantic interest for the lead, and you have some bizarre viewing.

The award-winning film focuses on the addiction more than the emotional elements or ties between the characters, which can leave viewers wondering just what had happened earlier in the lives of the two misfit siblings.

Although it is an interesting flick in terms of dealing with a taboo subject in a brutally honest manner, those who are squeamish about full-on nudity and graphic sex scenes should steer clear.