‘Gentleman’ slips to 33rd on Billboard

‘Gentleman’ slips to 33rd on Billboard 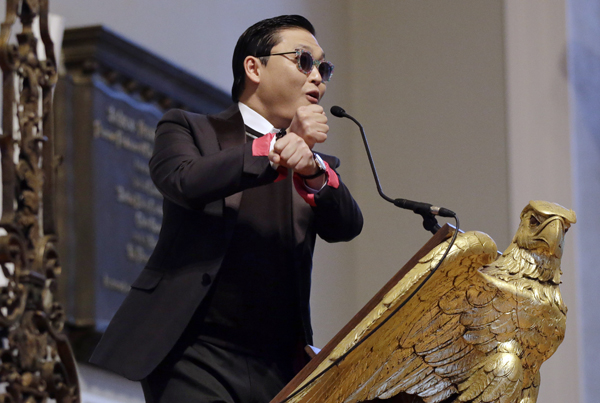 Despite Psy’s “Gentleman” breaking the 300-million mark on YouTube Thursday, the song slipped further on the Billboard Hot 100 chart yesterday to 33rd place from 26th place a week ago.

It is said that the song fell short in streaming and sales online although the music video was widely played on YouTube. Also, Billboard only counts views from within the United States.

Psy shared his disappointment during a special lecture at Harvard University on Thursday.

He said he was surprised to find himself disappointed when he heard the news, even though he should be thankful for being recognized on the Billboard Hot 100 chart in the first place.

In the lecture, Psy said that a good run of “Gangnam Style” was very accidental and that such an event doesn’t happen often.

He said he was delighted and surprised at the same time to know that people enjoy his music and performance even when they don’t understand the Korean lyrics.