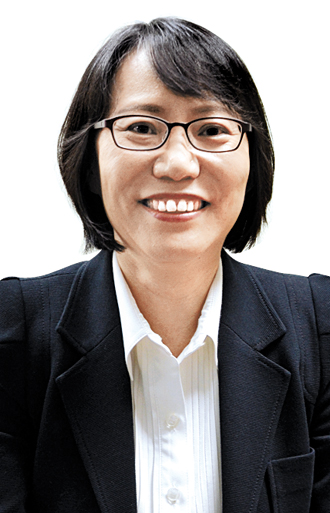 “Sitting behind the ‘Republic of Korea’ placard at the United Nations General Assembly and thinking that the whole world is looking at me, I think I made the right choice becoming a diplomat,” said the newly appointed deputy permanent representative of Korea to the United Nations, Paik Ji-ah.

Paik, the first female to be appointed to the position in 21 years, has found returning to the United Nations headquarters in New York “like returning home.”

“Korea takes an important role in the three issues that the international community puts emphasis on - security, human rights and prosperity,” Paik, previously the director general of the International Organizations Bureau of Korea’s Ministry of Foreign Affairs, told the JoongAng Ilbo last week.

As a top female career diplomat of the Ministry of Foreign Affairs, Paik joined the ministry in 1985 and has served as consulate general in New York as well as an official in Korea’s Mission to the United Nations. Korea obtained permanent representative status in the UN in 1991.

She has also served at Seoul’s embassies in Thailand, Geneva and Malaysia.

Paik, an international relations graduate of Seoul National University, completed a master’s degree at the Johns Hopkins School of Advanced International Studies and is currently a top international and multilateral affairs official at the Foreign Ministry.

She returns to the United Nations headquarters at a high point for South Korea. Korea was elected to a two-year nonpermanent member seat of the 15-member UN Security Council for the first time in 17 years, which it will occupy until next year.

Korea also secured this year a three-year seat in the 47-member United Nations Human Rights Council and completes its three-year term as one of the 54 members of UN Economic and Social Council this year.

UN Secretary General Ban Ki-moon, a Korean, was re-elected for a second term which runs until December 2016.

“As a United Nations representative at a point where our UN diplomacy has blossomed after 20 years, we will try our best so that Korea can contribute to the establishment of post Millennium Development Goals,” Paik said.

The UN’s Millennium Development Goals are eight international development targets established in 2000. The target date for the goals is set in 2015.

“Over half of the new Foreign Ministry officials are female, and, within a decade, women will stand in the role of policy-making leaders,” said Paik, who serves as a role model for female diplomats.

“There are many female diplomats who worry about balancing work and family, but, as in my experience, I hope they do not give up on either.”