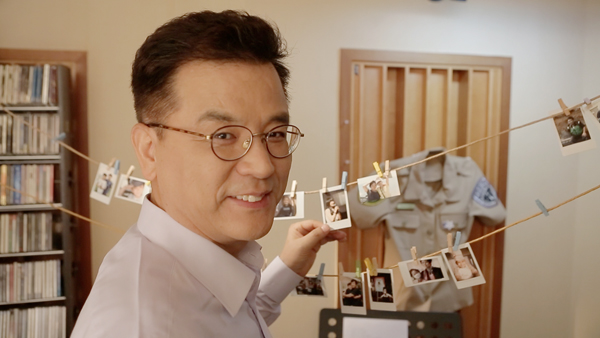 Actor Kang Seok-woo may be an unfamiliar face to most Korean children, but he’s an important father figure for the “not so healthy bunch.” He embraces and encourages them and sometimes even makes their wishes come true.

Many big-name celebrities including Kim Tae-hee and Lee Min-jeong are goodwill ambassadors for the Make-A-Wish Foundation in Korea, which supports children with life-threatening conditions, but Kang has a different role as chairman of the supporters’ association.

“When the head of Make-A-Wish Korea came to me in 2008, I wasn’t going to accept their offer because I was already involved in seven or eight different organizations,” said Kang. “But I accepted the proposal because the role that they wanted me to take wasn’t a goodwill ambassador, but chairman of the supporters’ association. It sounded like I would do actual work rather than just act as a model - the role typically assigned to goodwill ambassadors.”

The 56-year-old actor debuted in 1978 in the leading role for the Korean film “Yeosu.” After about 35 years in the business, Kang has drifted into supporting roles, but he says he’s a “lucky person to be in a position to help others even today.” Currently, Kang co-hosts the morning radio program “Women’s Time” with Yang Hee-eun and also appears on Season 2 of KBS’ “Couple Clinic - Love and War.”

Recently, the Korea JoongAng Daily sat down with Kang at a filming studio in Yangjae-dong, southern Seoul, where he shot a promotional video for the foundation.

Here are some excepts from the interview:

Q. I heard that you’ve been active in helping NGOs. You are serving as a goodwill ambassador for a number of organizations and also helping many children in need with donations. How did you start, and why do you volunteer?

A. As a human being, it is our obligation to help those in need. The amount of money or time isn’t important. What’s important is helping continuously. Some people feel good one day and donate 1 million won [$920] or 20 million won and forget about it. I’m not saying that it’s bad, but I personally feel that once you decide to help someone, you should do so continuously. So I don’t start big.

And if my children grow up and become financially independent, I can hand this down and they can spread more branches and hand it down to their children without stopping.

As chairman of the support association for Make-A-Wish Korea, what’s the most worthwhile feeling for you?

Having hope or a dream has become very difficult. Many young students today live without any dreams or hope. Adults tell the kids to have a dream and believe in a miracle, but that is something we cannot force them to do.

But these sick children, they have hope and dreams. They wait for a miracle, and they wait for their wish to come true. Watching those children up close, I finally learn at this age what a real dream is all about and what real hope looks like.

As I watch a young girl whose doctors tell her that she can’t be cured, I still see in her, a flicker of hope. I can see that the girl believes in a miracle and hopes that she’ll one day be cured.

This optimistic way of thicking can happen, especially after a child’s small wish is granted by the Make-A-Wish Foundation. And so with my work, I started to have hope and wish for these children’s health to improve.

We grant about 300 or so children’s wishes every year and say that if even one child survives his or her illness and speaks out about the miracle, the ripple effect on other children will be tremendous. These miracles really do happen, and that is why we work so hard to grant the wishes of these children.

You said earlier that you believe the true role of a goodwill ambassador has deteriorated.

It’s good for the organization because it doesn’t have to pay a huge sum to hire a model, and it’s good for the celebrities because although they don’t receive as much money, they still get some good press exposure.

Because of a few bad examples, many goodwill ambassadors have seen their reputations deteriorate. Helping someone should be focused on that someone, not yourself.