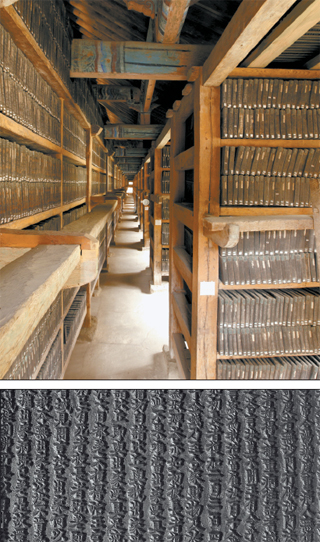 The project of Tripitaka Koreana was started in the 24th and finished in the 35th year of King Gojong of the Goryeo Period (1237-1248).

Since it was printed in the Goryeo Period, it is widely known as Goryeo Daejanggyeong (Great Collection of Scriptures in Goryeo) or Palman Daejanggyeong, which derives from the more than 80,000 wood blocks.

According to a probe conducted under the 1910-45 Japanese colonization, the number of wood blocks is 81,258, including some blocks added during the Joseon Dynasty. Each wood block is 70 centimeters (27.5 inches) wide and 24 centimeters long.

The thickness ranges from 2.6 to 4 centimeters, and each weighs three to four kilograms.