Pregnant Sunye returns for a visit

Pregnant Sunye returns for a visit 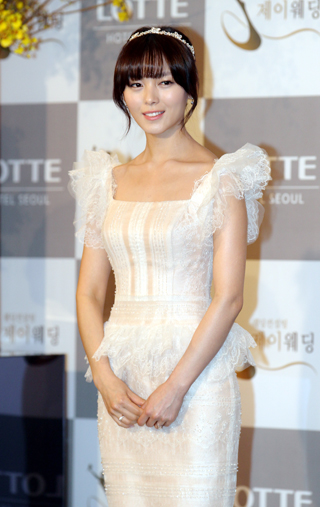 Sunye of Wonder Girls, accompanied by her husband, came back to Korea recently to reunite with her family, according to local media.

It was reported she went to see a gynecologist soon after arriving and has been spending time with friends and family.

She won’t make any public appearances during her two-month visit.

An official at JY Entertainment was quoted saying as it looks like she will go back to Canada to have a baby, adding that the agency has no additional information and the pregnancy and birth plans are private matters.

Sunye also tweeted how happy she was to be in Korea. “I really missed fresh juice out of Korean strawberries. [They] are the best!!” she said.

She married James Park, whom she met in Haiti while he was doing missionary work. They married in January and honeymooned in the Maldives.

She tweeted about her honeymoon baby last month.

Her agency denied rumors that she may have gotten pregnant before her wedding.