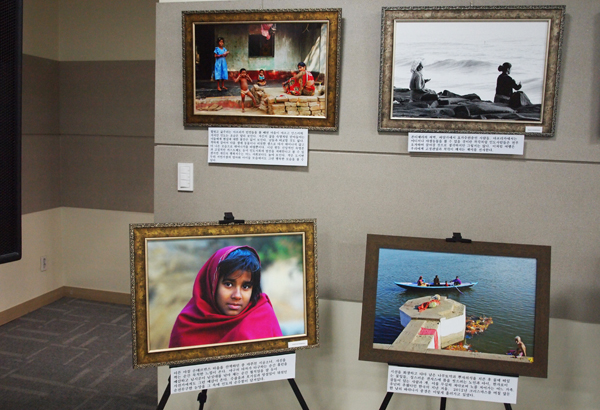 The Embassy of India in Seoul is in gearing up a range of cultural festivals to mark the 40th anniversary of establishing diplomatic relations between India and Korea.

It kicked off the celebrations with an Indian Food Festival that runs until Thursday at the Millennium Hilton Hotel in central Seoul.

A number of prominent chefs has been flown in to offer a wide selection of authentic Indian cuisine to Koreans, who have gradually taken to Indian food as evidenced by the large number of Indian restaurants opening around the country.

Along with the food festival, a photo exhibition titled “Memory of India” by Korean photographer Jo Jeol Kyu was launched at the Indian Cultural Centre in central Seoul last Monday and will run through Saturday.

The exhibition follows the travels of the photographer over a two-month period beginning in December 2012 and features his own unique perspective on India.

Jo said he was touched by the warmth of the Indian people and that he intended to show the essence of India - which he described as optimism, diligence and joy - through his selection of photos.