Card partners get a security boost

Card partners get a security boost 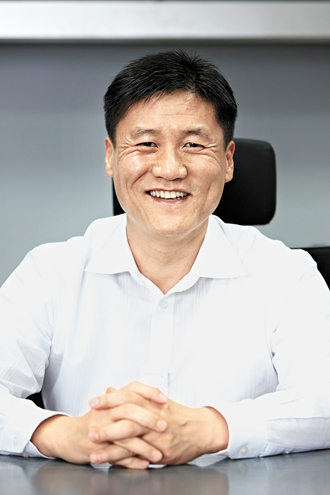 The auditorium on the first floor of Hyundai Card and Hyundai Capital headquarters in Yeouido, western Seoul, was crowded with about 80 officials from firms that work with the financial companies as contractors. The officials, from 59 firms, were there to attend a three-hour training session on security issues that included lectures on how to best enhance their security and prevent credit information leaks.

“No matter how well Hyundai Card and Hyundai Capital maintain a high level of information security, if partner firms fail to look after their own, it could be of no use at all,” said Eric Jun, chief security officer and director at Hyundai Card, Hyundai Capital and Hyundai Commercial’s audit department. The three firms are the financial affiliates of Hyundai Motor Group. “It isn’t an easy task for partner firms to ratchet up their information security for various reasons, such as lack of infrastructure and budget, but conditions have improved greatly since last year due to steady efforts.”

Hyundai Card and other financial affiliates of the country’s second-largest conglomerate have been educating contractors on enhancing security systems monthly since last May. As part of the program, they recognize companies with high-quality security systems.

Security issues have been considered of foremost importance for financial firms as they deal with a long list of customer and credit information. Most recently in March, network operations of several financial institutions and major broadcasters were temporarily halted by a cyberattack.

Hyundai Capital also was hacked in 2011.

“After that incident, we enhanced our security system by first looking into areas that are possibly vulnerable to information leaks, such as servers and external systems,” Jun said. “That’s when we came to a conclusion perhaps our partner firms - for instance, firms employing delivery services as they’re privy to personal information - could be vulnerable.”

About 100 partner firms of Hyundai Card and Capital deal with customers’ personal information.

Unlike large conglomerates, however, it is partner firms that are mostly small- and midsize companies that find it difficult to invest much in boosting security. What matters more is the firms’ willingness to prioritize security.

Cho Jung-hun is a team leader of the management support team at Business Service Group, named as one of two Hyundai Card suppliers with the best security operations.

“Our company was founded in April 2011, and we signed a contract with Hyundai Card to become partners,” Cho said. “However, around that time there was a big hacking incident. That’s when we came to realize how important security is for us.”

Hyundai’s financial firms spend a big budget annually on IT consulting from Infosec, an IT solution company, and what they have learned and acquired they try to share with their contractors.

“There are always risky elements when it comes to security,” Jun said. “Security should be considered as important as marketing.”

“It’s not right to ask partner firms [that are mainly small- and midsize firms] to be equipped with the best security conditions without telling them how to,” said Hong Jung-kwon, deputy general manager at the company’s PR team. “Security is an area where we should cooperate with our contractors by offering help and educating them on how to best manage security.”