No one to blame but yourself

No one to blame but yourself 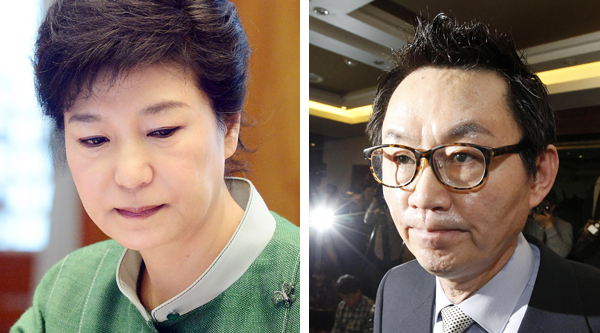 You can’t judge a book by its cover. We see so many people who seem proper and nice but are troubled inside. It is not easy to see through a person. You cannot acquire such insight through practice. After all, you need discerning eyes to judge a person. An ordinary person can only notice ordinary qualities in other people.

President Park Geun-hye’s discernment brought about the catastrophe. “What was I thinking when I thought Yoon Chang-jung was qualified for such an important role?” President Park must have felt that trust is the mother of deceit. Who would have imagined he could be so shameless, low and cowardly? President Park may be furious and feel betrayed, but she has no one to blame but herself. She is responsible for having promoted him despite his reputation and the opposition to the choice.

No one is perfect in all ways. So a leader needs to look at strengths over weaknesses when promoting and appointing aides. Yoon was the first man to be appointed by the president after her election, and President Park must have seen merits sufficient to set off his shortcomings. I don’t know - and am not interested in - the merits that captured the heart of the president.

But the absurdly eccentric behavior he has shown in the last few days illustrates that Park’s discerning eyes may be flawed. Yoon failed to show the minimum sense of vocation and work ethics required by high-ranking government officials since he accepted the crucial position of Blue House spokesman. He also revealed serious problems with his character and judgment. President Park cannot justify her choice by lamenting she didn’t know he would be so awful.

If the problem is limited to Yoon as an individual, we can treat it as an isolated case of an unfortunate event. However, what makes the incident more serious is that it has revealed more flaws. The presidential spokesman allegedly sexually harassed an intern during the president’s trip to Washington and returned to Korea alone shortly after being briefly questioned by the local police.

Over this unprecedented incident, the Blue House seems to be confused, failing to show proper crisis management skills. When the president should be supported by first-class elites with competence, conviction, patriotism and loyalty, she seems to be surrounded by second- and third-class mediocre people. And it was the president who chose these senseless, incompetent people. Naturally, the citizens doubt the president’s insight.

If an ordinary man lacks insightful eyes, it is a personal misfortune. But big corporations and organizations would suffer greatly as the choices made by the leader determine the fate of their organizations. Machiavelli argued in “The Prince” that “the selection of good servants is reflected directly upon the prince’s intelligence.” And the evaluation of a leader depends on the quality and quantity of the staff surrounding the leader.

A president needs different types of staffers. There have to be wise ones, smart ones, courageous ones and clever ones. But they all have to be humans of integrity. They should not be biased or difficult to get along with. They must not be dirty or cowardly. The president cannot understand the character of each staffer completely. That’s why she needs to take their reputation into account. It’s risky to promote someone whom she had secretly written into her notebook after being impressed by the single trick of a mediocre talent. If she continues to ignore reputations and push for her choices, she cannot avoid further disasters.

Queen Elizabeth I is Park’s role model. The reign of the queen laid the foundation for the British Empire, and it was the golden era of great personnel choices. Dramatist George Chapman praised that her palace was the epitome of the world, and one would never find another with such great talents in each field gathered together. The queen had the presidents of Oxford and Cambridge submit a list of students with political talent every year, and personally managed and educated them as her aides.

Park made an apology to the citizens over the scandal. While it is important to re-establish the ethics of the public servants in the Blue House and reinforce the risk management system, that’s not enough. The president herself should change how she judges people. She can minimize mistakes if she looks at people without prejudice and listens to the advice of others. Appointment is the greatest privilege of the president. It gives her great power to employ the wise and the competent. And only the truly competent leader can pick and promote a competent staff.