Bieber plans to abandon his monkey

Bieber plans to abandon his monkey 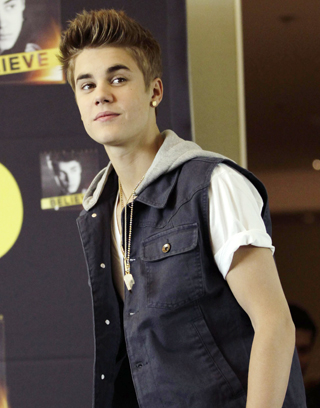 BERLIN - Teenage pop star Justin Bieber appears to have given up on his pet monkey which was seized by German customs officials in March, according to the shelter looking after Mally the monkey.

The 19-year-old singer has until Friday to hand in the necessary paperwork to retrieve his capuchin monkey, which was seized at Munich airport during a concert tour.

“Bieber’s lawyers have indicated they would like to leave the monkey,” said Judith Brettmeister, spokeswoman for the shelter caring for Mally. “From an animal rights perspective, it would have been better to do that before, as he is being kept well here but not with other members of his own species.”

Brettmeister says Mally, who was around 14 weeks old when confiscated, had been taken away from its mother too early and needed to receive veterinary care.

“But it is now jumping around, learning slowly to climb and to use its tail,” she said.

Franz Boehmer, from the Federal Agency for Nature Conservation said Bieber had only a few days left to retrieve Mally before it automatically became German property.

Mally will be transferred from the shelter to a zoo to learn to get along with other monkeys, he said.

“I’m afraid we can’t reveal details on where Mally will be taken, as we are worried about the hype surrounding the monkey,” said Boehmer. “We want to calmly integrate the animal into a group of its own species.”