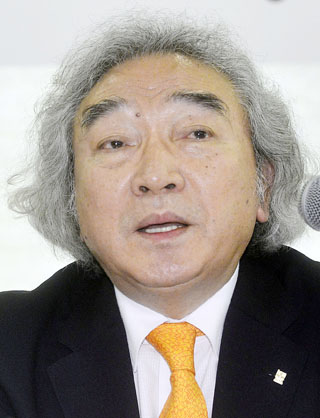 Following the recent appointment of a new president, Seoul Arts Center, the country’s largest art center, said yesterday it will launch its own awards ceremony.

The SAC Awards will attempt to “encourage local artists by attracting public interest toward all art genres, ranging from classics to fine arts.”

Last March, the Ministry of Culture, Sports and Tourism appointed Ko Hak-chan, the former director of Yoondang Art Hall, a comprehensive art space in Apgujeong-dong, southern Seoul, to lead the country’s largest arts center for the next three years.

After two months of project planning, Ko announced yesterday, the art center will launch six new projects under his baton.

“Many art genres were able to develop due to representative awards. Hollywood had its own elements for development, but because of the Academy Awards, it became more popular. For a certain genre of art to develop, public interest must follow,” said Ko.

“In that sense, the awards system in areas such as classical music and fine arts is quite weak in Korea at the moment. Therefore, the Seoul Arts Center will launch the first ‘SAC Awards’ in September next year and will award excellent performances and exhibitions and the artists that performed at the arts center in the previous year. The awards ceremony will also be broadcast live to attract public interest.”

Other projects include the “SAC on Screen,” in which the performances or exhibitions held at the SAC will be filmed in high-definition and distributed first to movie theaters, then to community centers and elementary and middle schools throughout the country so that “those who are physically far away from the art center can also enjoy the arts provided by the SAC.”

The “Noble Membership System” will provide tickets at discounted prices to senior citizens over 70 years of age.

Ko, 65, has been managing a small art hall in southern Seoul since 2009 and before that, he had worked as a producer for TBC (the former body of broadcasting company JTBC) and also taught at Chugye University for the Arts and Seoul Institute of the Arts.