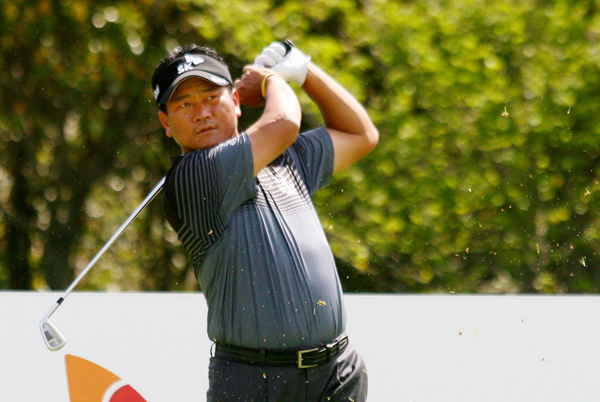 Choi Kyoung-ju (K.J. Choi) tees off on the second hole yesterday during a Pro-Am event of the SK Telecom Open at the Pinx Golf Club in Seogwipo, Jeju. Choi, an eight-time winner on the PGA Tour, will seek his fourth title at the SK Telecom Open as the 1 billion won ($896,057) event kicks off today. This is the first time in seven months that Choi will play in Korea since winning the CJ Invitational in October. Provided by SK Telecom