Song is a remade man

Song is a remade man 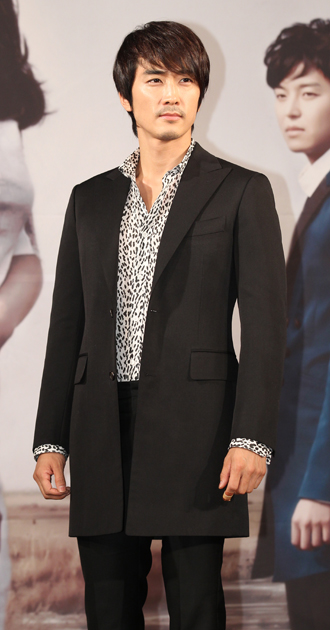 Actor Song Seung-heon has transformed from a man of few words into one who spits out corny lines with ease. And his newfound personality has been a hit with television viewers, especially in his drama “When a Man Falls in Love.”

In the show, Song plays a gangster named Han Tae-sang who falls in love with a woman (played by Shin Se-gyeong) after being abandoned by his parents and spending time alone.

Han goes to any length for the love of his life. For instance, since she loves roller coasters, he dares to ride one and almost faints. He also uses all kinds of adjectives to express his love and other emotions.

While the over-the-top female characters can prevent viewers from indulging in the plot wholeheartedly, Song’s portrayal of a ruthless gangster who has a soft spot for his love interest is the greatest joy offered to those watching the drama series.

Ilgan Sports, an affiliate of the Korea JoongAng Daily, sat down with Song and asked him a variety of questions about his transformation and his real-life romantic relationship.

Q. “When a Man Falls in Love” remains in the top spot among Wednesday-Thursday prime-time dramas. How do you feel about that?

A. I was under a lot of pressure after I realized this drama would compete with two other dramas which feature veteran actors such as Shin Ha-kyun of “All about My Romance” (SBS) and Lee Dong-wook of “The Fugitives of Joseon” (KBS2).

I just wanted to see double-digit viewership, and we’ve achieved it. I couldn’t be happier.

Your character Tae-sang is attractive in a way since he only admires one woman.

He was orphaned when he was young and it makes him grow into a lonely and cruel soul. But he falls in love with this woman, and he finds a new side of himself. He even becomes awkward in her presence. There is another woman who keeps hitting on him, but Tae-sang isn’t swayed at all. I think highly of his commitment, and it makes him a real guy. And this character also intrigues many viewers, I guess.

But you haven’t been able to win the heart of Seo Mi-do (played by Shin).

She hasn’t decided yet between me and Lee Jae-hee (played by Yeon Woo-jin). In the drama, Lee is a peer of mine. If such a situation happened to me in real life, I would choose friendship over love, though. For me, friendship comes first. 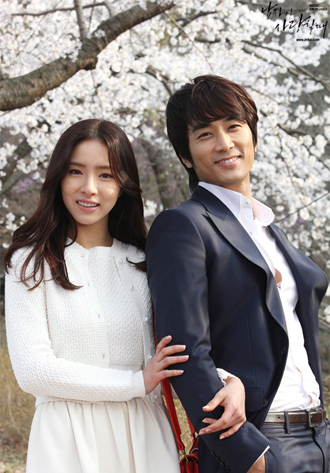 Are you the type of actor who stays true to the screenplay or do you often add lines or gestures on a whim?

While filming this drama series, I find myself trying to improvise by adding comical lines or gestures maybe because this character is brighter and funnier than my previous characters. One day, Shin told me she is attracted to Yeon’s character but feels nothing toward me because my character looks like a little child. Since I’m so into this character, I was pissed off by her comment.

What kind of man are you in a real-life romantic relationship?

Tae-sang and I share many things in common. All my past relationships started because I fell in love first. If I don’t feel something at first sight, I can’t fall in love.

What’s it like being paired up with two actresses: Shin and Chae Jung-an?

Shin is quite a mature actress for her age. I learn a lot of things from her. Meanwhile, I feel comfortable when I act with Chae because we used to do the same sitcom series 10 years ago.

Tell us about the future of “When a Man Falls in Love.”

So far, it has been a casual and light-hearted introduction of four lead characters and how they fell in love. But there will be stronger, heart-wrenching stories as well. Later on, we will deal with how these characters hurt each other and their emotions will explode in extreme ways. You can expect more from us.