Hyosung of Secret gets a vocabulary lesson

Hyosung of Secret gets a vocabulary lesson 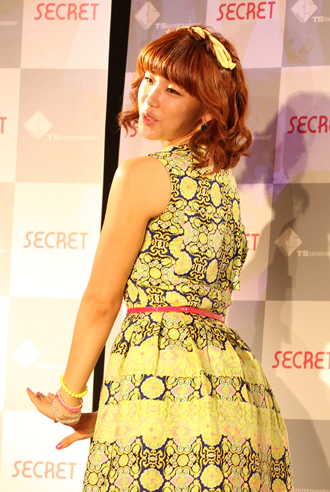 Hyosung of girl group Secret has been at the center of a public dispute for her comments on a radio program on Tuesday, even though she apologized for it afterwards.
“We respect individual characters and tastes, and we don’t do democratization,” said Hyosung on a local radio raising questions on what she meant by saying “Democratization.”
Different from its original meaning, the term has been often used to imply uniformity online.
After her comments were widely spreading online, the agency said that Hyosung did not know the meaning of the word when she used it.
Hyosung also apologized Tuesday for her comments on Twitter saying, “I’m regretful and sorry that I used a word that is not appropriate without known the exact meaning.”
However, her apology did not stop the dispute from spreading because many are now questioning her level of education.
Because, she is currently a student at Inha University, her saying that she didn’t know the exact meaning behind democratization has made netizens worry that the term has been evolved to have satirical meaning among the younger generation.