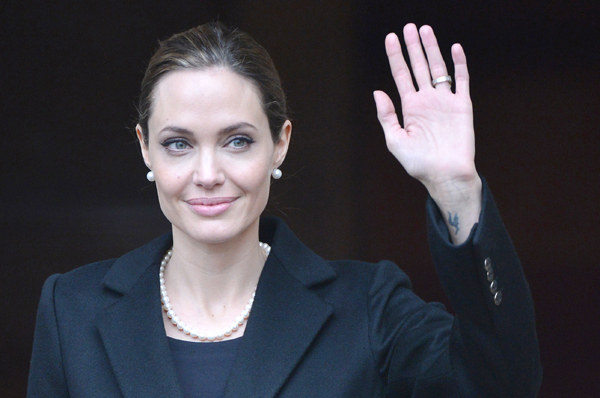 NEW YORK - “I hope that other women can benefit from my experience,” Angelina Jolie wrote in a powerful op-ed on Tuesday, explaining her decision to go public with having her breasts removed to avoid cancer.

But amid the accolades for the film star’s courageous revelation, doctors and genetic counselors were careful to note that her medical situation - an inherited genetic mutation putting her at high risk of breast and ovarian cancer - was very specific, and that her course of action made sense for only a small category of women.

Still, they hailed her bravery and said that she would surely help increase awareness - and thus, perhaps, help save some lives.

“Having this conversation empowers us all,” said Rebecca Nagy, a genetic counselor who works frequently with women who test positive for a defective version of the BRCA1 gene, as Jolie did. “It’s wonderful what she’s done.”

In a stunning op-ed piece in the New York Times, Jolie, 37, began by speaking of her late mother, Marcheline Bertrand, who died of cancer at 56, before she was able to meet most of her grandchildren.

The actress revealed that beginning in February, she underwent three surgeries - which she succeeded in keeping secret from the public - in which her breasts were removed, and later replaced by implants.

“I wanted to write this to tell other women that the decision to have a mastectomy was not easy. But it is one I am very happy that I made,” Jolie wrote. “My chances of developing breast cancer have dropped from 87 percent to under 5 percent. I can tell my children that they don’t need to fear they will lose me to breast cancer.”

The actress also hinted that she might, at some point, have her ovaries removed, saying that she had “started with the breasts” because her risk of breast cancer was higher than that for ovarian cancer. She did not say how long ago she was diagnosed with the faulty gene.

While admiring Jolie’s straightforwardness, cancer surgeons and others in the medical community were quick to point out that hereditary cases of breast cancer account for only about 5 percent to 7 percent of all cases diagnosed each year. And those connected to the BRCA1 and BRCA2 genes are an even smaller group.

And so, women shouldn’t just run off and get tested for those genes, said Dr. Robert Shenk, medical director of the Breast Center at the University Hospitals Case Medical Center in Cleveland.

”My worry is that people will be inappropriately tested,” said Shenk. “Awareness is great, but people shouldn’t just run in off the street and get a test.” AP