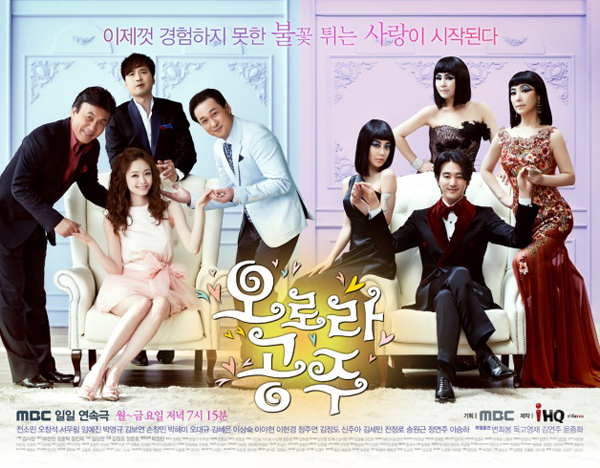 In a poster for MBC’s upcoming drama, “Princess Aurora,” the lead female character Jeon So-min, in a pink dress, and the lead male character Oh Chang-suk, sit on a sofa.[NEWSIS]

MBC held a press conference for its upcoming daily drama “Princess Aurora” yesterday in Yeouido, western Seoul. Many of the actors and actresses get together for the media to promote the daily evening soap. 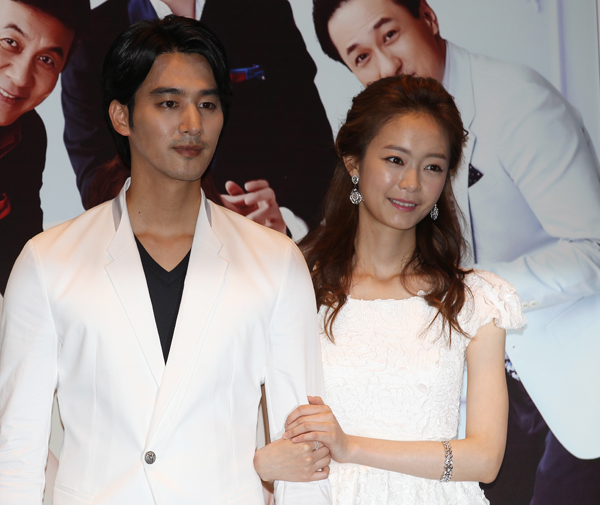 Oh Chang-suk, left, and Jeon So-min pose for the camera at a press conference for MBC’s upcoming daily drama, “Princess Aurora,” held at Yeouido, western Seoul, yesterday. They play the two main characters in the show.[NEWSIS] 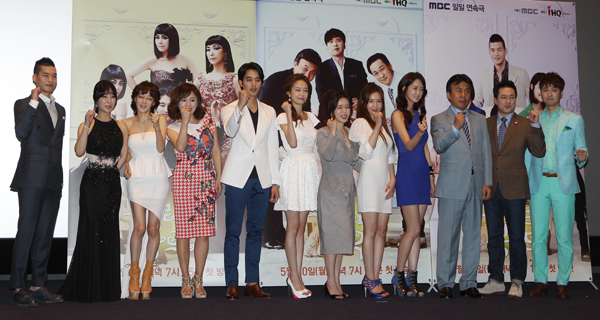