New Phoenix album debuts at No. 4

New Phoenix album debuts at No. 4 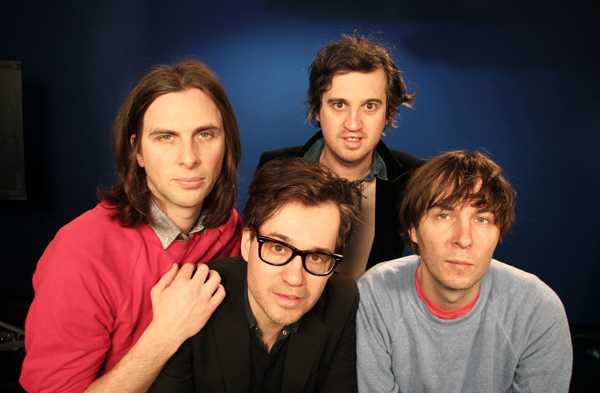 NEW YORK - Phoenix frontman and singer Thomas Mars says their new album “Bankrupt!” was born out of the negative influences going on in the band after the unprecedented success of their Grammy-winning 2009 album, “Wolfgang Amadeus Phoenix.’’

“At that time, we started talking about success and not music,’’ Mars said. “I guess it was time to protect ourselves and focus on music again.’’

The band said it took some time to get on track when they began writing songs for the new album, which comes four years after “Wolfgang Amadeus Phoenix’’ was named a Top 10 album on end-of-the-year lists for Rolling Stone, Time and Spin magazines, among others. The album also reached gold status, a first for the band.

“I guess we’re perfectionists in the way that when we make an album, we know it’s going to last. It’s important that it’s exactly how we want it to be,’’ Mars said. “But when the record is done, it’s all about imperfection. It’s all about playing live.’’

Ironing out things worked for the French-based band: “Bankrupt!’” - Phoenix’s fifth album - debuted at No. 4 on the Billboard 200 albums chart this month. “Wolfgang Amadeus Phoenix’’ peaked at No. 37.

Part of the anticipation behind the critical darlings in America can be attributed to the ubiquity of their song “1901,’’ which appeared on their last album and was used in a Cadillac commercial. The platinum-selling track, a Top 5 jam on the rock and alternative songs charts, is the group’s biggest hit in the U.S.

“Back when we did this Cadillac commercial, we were unknown here. The idea of doing something for such an iconic [car] was really funny to do,’’ bassist Deck d’Arcy recalled. (Brothers Christian Mazzalai and Laurent Brancowitz round out the foursome).

Phoenix is on a world tour that wraps Nov. 22 in Dusseldorf, Germany. Mars said not having a hit before “1901’’ took off proved to be an advantage for the band on the road.

“We’re lucky that we didn’t have a hit single for a while, so when we play live, people are not expecting just one song and we don’t tour as a greatest hits band, which can be sad I’m sure,’’ said Mars, who is married to Sofia Coppola.

“It’s always the new album, and some from the last one, and less and less from the older ones.’’

D’Arcy feels the band attained gradual success over their 14-year career but said they weren’t prepared for the overwhelming reception they received in America.

“The U.S. was a surprise. ... We never expected the big bang,’’ d’Arcy said. “The rest of the world we kind of experienced success on a smaller scale.”