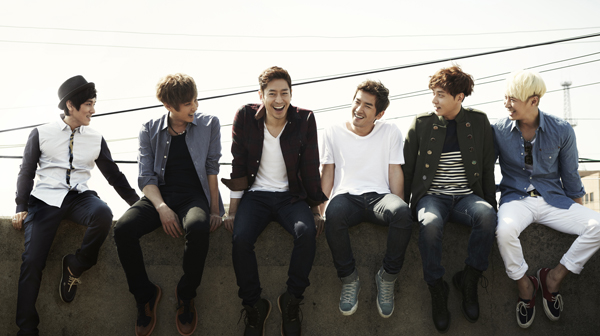 Shinhwa, one of the longest-running boy bands in Korea, released its 11th regular album “The Classic” yesterday.

The title song “This Love,” which consists of electronic dance music, was ranked high on local music charts soon after the release. The song is about trying your best to win love.

The production team, led by U.K. producer Andrew Jackson who worked on the group’s title song “Venus” for its 10th album, again worked with the group this time. Kim Do-hyun, who made Lee Hyo-ri’s hit song “Ten Minutes,” also contributed his talents.

The group’s agency previously said that this album will be the best in Shinhwa’s history.

The group had its first performance on music show “M Countdown” on cable channel Mnet yesterday.

To celebrate the 15th anniversary since the group’s debut, Shinhwa members plan to travel overseas to meet more fans.

The will first perform in Hong Kong and then Shanghai.