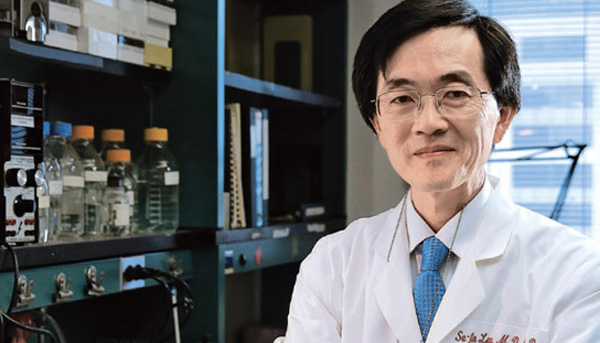 BALTIMORE - Lee Se-jin, a molecular biology professor at Johns Hopkins University School of Medicine and this year’s recipient of the Ho-Am Prize in the medical field, is passionate about his research.

When asked about how he will spend his prize money of 330 million won ($295,350), he said he will pay off debt incurred while carrying out research, reflecting his life-long devotion to his discipline.

The JoongAng Ilbo sat down with Lee to discuss his research pursuits and other elements of his career.

Q. How did you feel when you received the Ho-Am Prize?

A. I don’t have any expectations. I think the odds of winning the Nobel Prize are so low. I think all kinds of recognition are very nice. The Ho-Am Prize is just a terrific honor, and of course, I’m very happy about it, very grateful, very honored. I think very few people in science do the work with the expectation of that type of recognition or reward because the odds are so low. You would just be disappointed.

What are your research interests?

I was interested in understanding how cells signal to one another during development and also in humans for example. I got interested in a particular group of signaling molecules that was a large family of molecules, but at the time I got interested in that family, it wasn’t so big. Now we know it’s a large family of molecules. My staff was one of the ones that identified it. Initially, we had no idea what this molecule might be doing, what its normal function is, so we engineered mice to lack Myostatin completely, and those mice turn out to have huge muscles, about twice the normal muscle. Based on that, we knew that Myostatin’s normal function is to prevent muscle from growing. That caused a lot of excitement, because that suggested that if you could find a drug to block Myostatin from working, then you can get the muscle to grow. There are lots of diseases in which loss of muscle is a big problem. The idea is that these types of drugs might have clinical applications for treating muscle diseases.

Do you have any plans to collaborate with Korean scientists?

In fact, I have a very active collaboration going on right now with a scientist at Gachon University in South Korea. In fact, that was the reason I requested to get one of the commemorative talks there. Mr. Cha has already arranged that. I’ve actually never met him, but he trained here in the United States at Yale University, so I had some contact with him when he was at Yale. But when he moved back to Korea, we decided to continue to work. He has a pretty good group of people there, and we’ve been collaborating. So I’m looking forward to seeing him. And there are few other scientists that I know.