A win for the North

A win for the North 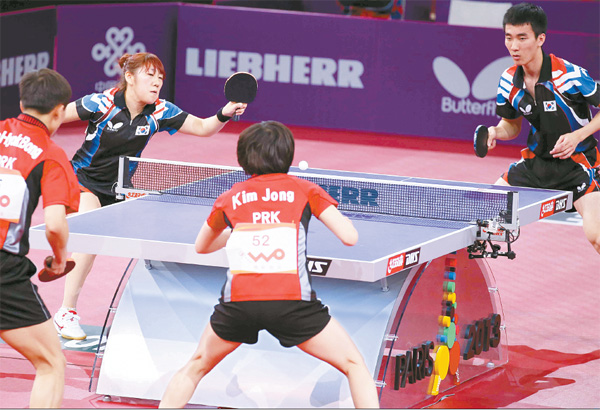 Park Young-sook, top left, and Lee Sang-su, top right, both of South Korea, compete against North Korea’s Kim Hyok-bong, bottom left, and Kim Jong at the mixed doubles final of the ITTF World Championships in Paris on Saturday. The Kims won 4-2, earning North Korea its first world title in a mixed doubles event. For South Korea, it was its best result in 12 years in mixed doubles since a silver medal at the 2001 worlds in Osaka, Japan. [NEWSIS]