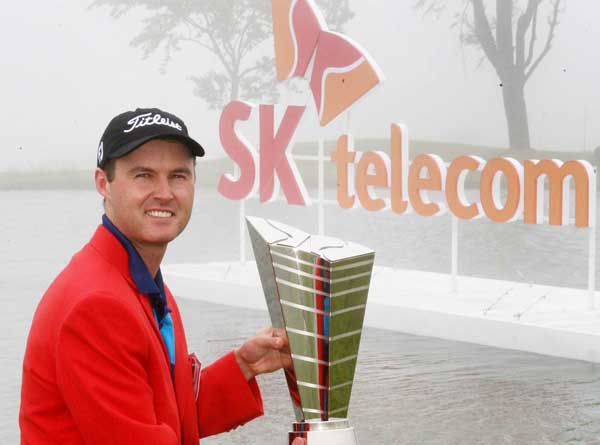 Matthew Griffin of Australia won the SK Telecom Open with a thick fog abruptly canceling the final round of the 1 billion won ($900,000) KPGA event.

Griffin was to enter yesterday’s final round at the Pinx Golf Club in Seogwipo, Jeju, as the leader in a field of 149, including five dozen of foreign players. He was at 13-under 203 after the third round on Saturday.

Korea’s Kang Wook-soon, who was a stroke behind, was named runner-up. Eight-time PGA winner Choi Kyoung-ju, or K.J. Choi, tied for 10th at his first Korean competition in seven months at seven-under 209. Defending champion Kim Bi-o was tied for 16th at six-under 210. By Moon Gwang-lip