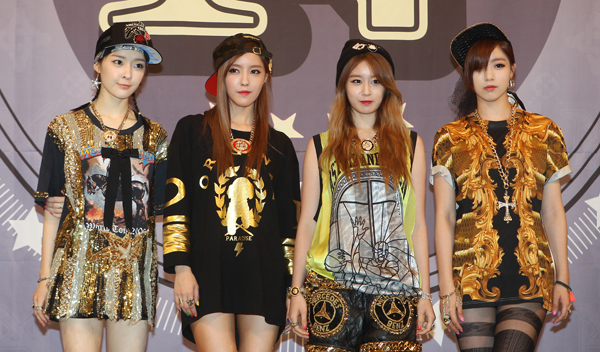 T-ara N4, a subunit group of T-ara, will hold it U.S. debut performance with song “Countryside Diaries,” the group said during a press conference yesterday.

The group will open the solo concert of American hip-hop singer Chris Brown on Sunday in Las Vegas. Four members will leave for Las Vegas on Saturday.

“As it is our first performance in the United States, we want to bring out the best,” said Jiyeon of the group. “I’m nervous and excited.”

The group also visited the U.S. last week for five days to discuss opportunities for a debut in the U.S. It has been said that they met with a member of the renowned production team named “1500 or Nothin.” The group also signed a contract with Empire Records, an affiliate of Universal Music Group, to promote T-ara N4’s “Countryside Diaries.”

Hyomin of the group said that its song will be released in five different versions worldwide. One version of the music video has recently been completed.

“If we do well, it may be possible for T-ara to expand its presence to the U.S.,” Eunjung said. By Lee Sun-min