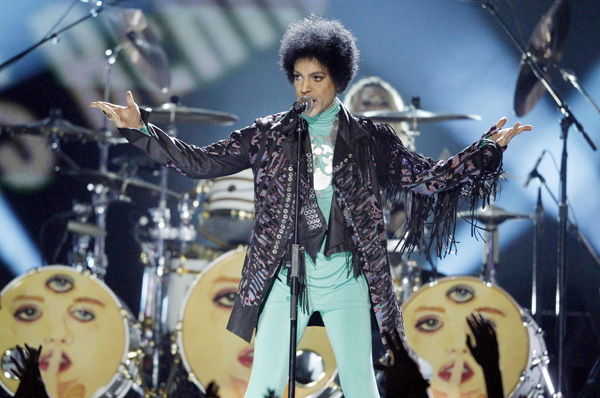 LONDON - Singer Prince has signed a new deal with Kobalt Music Group to market and distribute his future work without giving up control over his rights, the company said on Monday.

The singer-songwriter, who is famed for changing his name to an unpronounceable symbol in a wrangle over musical rights, will release his own work as well as a slate of new music by other artists that he produces, Kobalt said.

The announcement came just hours after the 54-year-old Prince was given a Billboard Icon Award (lifetime achievement) and rocked the Billboard Music Awards ceremony with a version of his “Let’s Go Crazy” dressed in electric green trousers and sporting an Afro hair style. Kobalt, which is also a global independent music publishing company, launched an artist and label services division in 2012, allowing artists to maintain ownership of their work and control over when, how and where they will release their music.

Traditional labels often take ownership or part-ownership of the artist’s material and often dictate how it is used, an increasingly important sticking point in an industry where digital music can be instantly available.

The Grammy award-winning singer will also provide artist development and recording services for newly signed artists that Kobalt will market and distribute.

Kobalt was set up in 2000 by Swedish businessman Willard Ahdritz and its publishing roster includes former Beatle Paul McCartney and Icelandic singer Bjork.