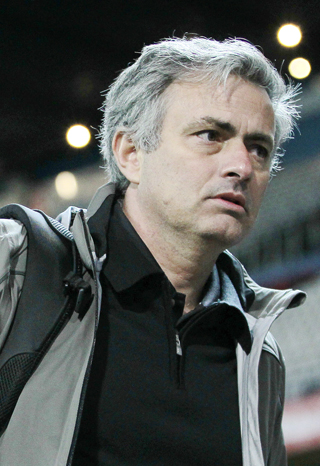 MADRID - Jose Mourinho will leave Real Madrid at the end of the season after three years at the Spanish club, paving the way for his expected return to Chelsea.

The Portuguese coach’s final season at Madrid has been blighted by divisions and a lack of trophies, but he is free to leave three years early from his contract after the final match on June 1 without any compensation involved.

“To spend three years in a first-division Spanish club is not easy; I share his reasons for wanting to leave,” President Florentino Perez said Monday. “The level of pressure has increased, so much that this is what has happened now .?.?. he may have made some mistakes and asked for forgiveness, but the level of pressure Mourinho has been under has been unusual.”

Mourinho will leave having won only a single Spanish league title - sandwiched between four Barcelona successes, including one this season - and one major domestic cup. That league title in 2012 may have brought a record 100 points, but he notably failed to deliver the club’s 10th European Cup.

The deal with Mourinho allows the colorful and outspoken coach to return to Chelsea after a six-year absence. He won’t receive compensation, nor will the London club have to pay Madrid for his services.

Rafa Benitez’s interim stint in charge of Chelsea will end after a postseason tour of the United States, having secured qualification for the Champions League and won the Europa League last week.

Popular with fans and media alike in England, in stark contrast to his many fraught relationships in Spain, Mourinho appears to have repaired his relationship with Chelsea owner Roman Abramovich to make a return to Stamford Bridge.

“I know in England I am loved,” he said last month after Madrid was eliminated from the Champions League. “I’m loved by the fans. I’m loved by the media, which treats me in a fair way. .?.?. I know I’m loved by some clubs, especially one.”