Pickler wins ‘Dancing With the Stars’

Pickler wins ‘Dancing With the Stars’ 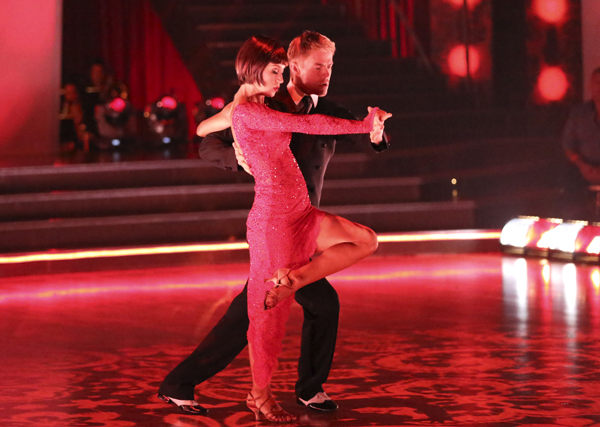 NEW YORK - Country singer Kellie Pickler won the 16th season of ABC’s “Dancing With the Stars” on Tuesday night, winning over judges and TV audiences with her graceful style and high-jumping jives with partner and professional dancer Derek Hough.

Pickler, who first grabbed attention as a contestant on “American Idol” in 2006, screeched and jumped up and down when she learned she had won.

“This is amazing! Oh, my God!” she exclaimed, before fellow finalist and NFL player Jacoby Jones hoisted her on his shoulders to celebrate.

Raisman and her dance partner Mark Ballas were eliminated early in the two-hour finale after failing to garner enough judge points and audience votes for their performances on Monday night’s show, leaving Pickler, Jacoby, and Zendaya to compete in an instant dance round.

The instant round, which allowed less than an hour for preparation, was scored by the show’s judges, and helped determine the winner along with Monday’s scores and votes.

All three remaining contestants earned perfect scores in the instant round, but fan votes and strong scores from Monday’s show pushed Pickler over the top. She and her partner were also selected by audiences via Twitter to do an encore performance of their Monday freestyle dance.

Judge Carrie Ann Inaba called Pickler’s freestyle performance “one of the most beautiful things I have ever seen.”

The barefoot routine was meant to tell the story of a tormented couple, and was noted for its focus on grace and simplicity instead of flashy tricks.