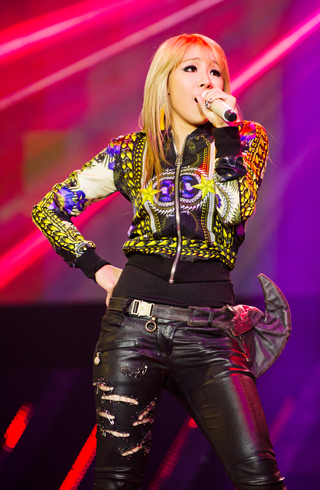 CL of 2NE1 changed the English title of her new song from “Bad Girl” to “The Baddest Female” on Thursday, soon after the first title was announced.

The phrase was often used by CL when she gave her autographs to fans, said an official at YG Entertainment. It reflects her intention to be nice, but also a bad girl who becomes confident when onstage.

“She pitched the idea regarding the title, so we decided to change it,” said another YG Entertainment official, according to a local media report.

“Also, the song will be introduced on iTunes overseas, so we decided to choose a title that has more meaning behind it.”

As the original title the agency had in mind is similar to the new song, “Bad Girls,” released by Lee Hyo-ri, many have speculated whether there’s any correlation.

However, YG confirmed that that wasn’t the reason behind the name change, adding that CL has been working on this song for a while. The new song will be released with its music video tomorrow.