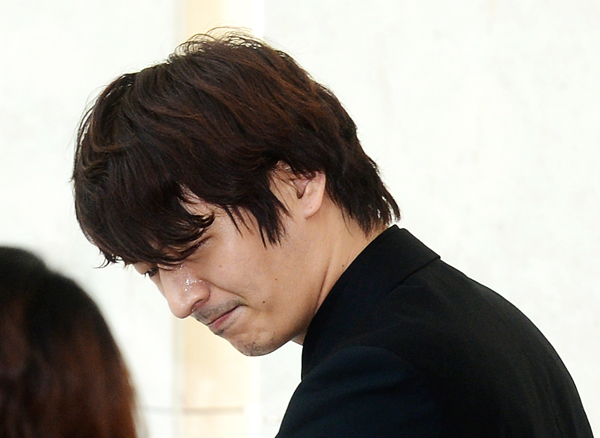 “Put yourself in the shoes of those who were hurt by this incident and do not use words that are not helpful,” Park Joon-hyung of g.o.d. tweeted on Friday.

It was a reference to suspicions spreading via social network services that Son was involved in his ex-girlfriend’s death and tried to conceal evidence by burning his car. Son was taken to Soonchunhyang University Hospital from a parking space in Yongsan, central Seoul, Friday, where his SUV was found consumed in fire.

Son was reported to have tried a carbon monoxide-based suicide using charcoal briquettes, the same way police said his ex-girlfriend killed herself in the same SUV, but he got out of the car after it caught on fire from the briquettes. Her body was found in the SUV on Tuesday. Park, the leader of the defunct boy group, asked fans to pray for Son. Danny Ahn, another g.o.d. member, also tweeted after visiting Son in the hospital: “Please pray for him, pray for him a lot.”