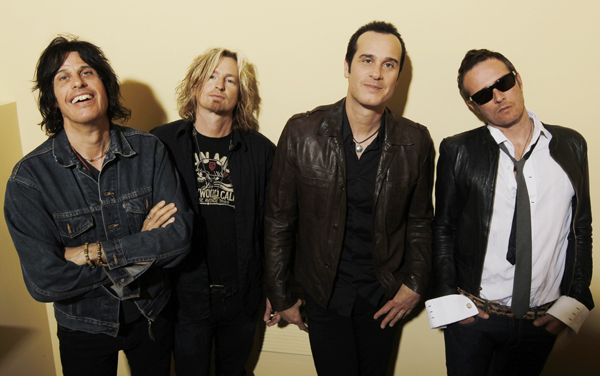 LOS ANGELES - The Stone Temple Pilots accuse former frontman Scott Weiland of misusing the band’s name to further his solo career and want a judge to strip the rocker of his ability to use the group’s name or songs.

A lawsuit filed Friday in Los Angeles accuses Weiland of being chronically late to concerts while the group was together and having his lawyer attempt to interfere with the airplay of the group’s new single, “Out of Time.”

Weiland and Stone Temple Pilots parted ways in February, and the singer said at the time that he learned of his ouster from a statement released to the media.

The lawsuit sheds light on the band’s breakup, accusing Weiland of interacting with band mates only through lawyers or managers and showing up late to the group’s 2012 shows. It cites Weiland’s addiction struggles and poor performances as detriments to the band’s earning potential.

“The band endured much strife and lost significant opportunities because of Weiland,” the suit states.

In a message posted to his Web site Friday, Weiland said his former band mates shouldn’t call themselves the Stone Temple Pilots either.

The suit claims the band owns the rights to the name Stone Temple Pilots, and the band’s songs, copyrights and trademarks.

Weiland has used many of the band’s hits in his solo shows, the lawsuit states. The band wants a judge to block him from even calling himself a former member of the band.