How not to respond to online flack

How not to respond to online flack 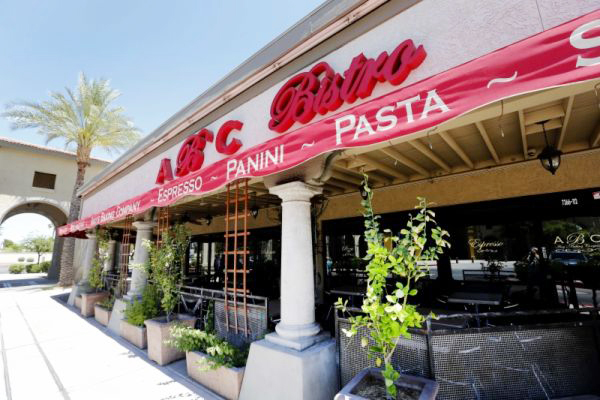 This May 20 photo shows Amy’s Baking Company in Scottsdale, Arizona. After a particularly ugly TV experience, Amy’s is fighting back and trying to raise awareness for cyber-bullying.[AP/NEWSIS]

It was the customer service disaster heard ‘round the Internet.

An Arizona restaurateur, fed up after years of negative online reviews and an embarrassing appearance on a reality television show, posted a social media rant laced with salty language and angry, uppercase letters that quickly went viral last week, to the delight of people who love a good Internet meltdown.

“I AM NOT STUPID ALL OF YOU ARE,” read the posting on the Facebook wall of Amy’s Baking Company in suburban Phoenix. “YOU JUST DO NOT KNOW GOOD FOOD.”

It was, to put it kindly, not a best business practice. Add to that an appearance earlier this month on the Fox reality TV show “Kitchen Nightmares” - where celebrity chef Gordon Ramsay gave up on trying to save the restaurant after he was insulted - and you have a recipe for disaster.

In the evolving world of online marketing, where the power of word of mouth has been wildly amplified by the whims and first impressions of anonymous reviewers posting on dozens of social media Web sites, online comments, both good and bad, and the reactions they trigger from managers, can make all the difference between higher revenues and empty storefronts.

Hotels, restaurants and other businesses that depend on good customer service reviews have all grappled in recent years with how to respond to online feedback on sites such as Twitter, Foursquare, Yelp, Facebook and Instagram, where comments can often be more vitriol than in-person reviews because of the anonymous shield many social media websites provide.

No matter how ugly the reviews get, businesses need to be willing to admit mistakes and offer discounts to lure unhappy customers back, digital marketing experts said.

“In the past, people just sent bad soup back. Well, now they are getting on social media and telling all their friends and friends of friends how bad the soup was and why they should find other places to get soup in the future, so it takes the customer experience to another level,” said Tom Garrity of the Garrity Group, a public relations firm in New Mexico.

“The challenge becomes - how do you respond when someone doesn’t think your food or product is as great as you think it is?”

In Amy and Samy Bouzaglo’s case, the bad reviews were compounded by their horrible reality TV experience. The couple said during a recent episode of “Kitchen Nightmares” that they needed professional guidance after years of battling terrible online reviews. They opened the pizzeria in an upscale Scottsdale neighborhood about six years ago.

“Kitchen Nightmares” follows Ramsay as he helps rebuild struggling restaurants. After one bite, he quickly deemed Amy’s Baking Company a disaster and chided the Bouzaglos for growing increasingly irate over his constructive feedback. Among his many critiques: The store-bought ravioli smelled “weird,” a salmon burger was overcooked and a fig pizza was too sweet and arrived on raw dough.

“You need thick skin in this business,” Ramsay said before walking out. It was the first time he wasn’t able to reform a business, according to the show.

Amy’s Baking temporarily closed two weeks ago after the episode aired. A Bouzaglo spokesman said the couple wasn’t available for an interview Monday. The restaurant’s answering machine was full. E-mails and Facebook messages were not returned.

A wall post published last week claimed the restaurant’s Facebook, Yelp and Twitter accounts had been hacked, but hundreds of commenters expressed doubt. Social media sites show someone posting as a member of the Bouzaglo family had been insulting customers over negative reviews since at least 2010.

The story bounced across the Internet, generating thousands of comments on Facebook, Yelp and Twitter, and prompting nearly 36,000 people to sign a petition on Change.org that asks the Department of Labor to look into the Bouzaglo’s practice of pocketing their servers’ tips.

While many corporations hire communications experts to respond to every tweet, Facebook message and online review, the wave of digital feedback can be especially challenging for small businesses with small staffs, digital consultants said.

For one thing, there is so much online content to wade through. Roughly 60 percent of all adults get information about local businesses from search engines and entertainment Web sites such as Yelp or TripAdvisor, according to a 2011 study by the Pew Internet & American Life Project.

“Customer service is a spectator sport now,” said Jay Baer, president of Convince & Convert, a social media marketing consultancy in Indiana. “It’s not about making that customer happy on Yelp. That’s the big misunderstanding of Yelp. It’s about the hundreds of thousands of people who are looking on to see how you handle it. It’s those ripples that make social media so important.”

In their “Kitchen Nightmares” episode, Amy and Samy Bouzaglo are seen yelling and cursing at customers inquiring about undercooked food or long delays. They blame online bullies.

“We stand up to them,” Amy Bouzaglo tells the camera at one point. “They come and they try to attack us and say horrible things that are not true.”

“If your policy is to berate the customer online, that doesn’t create good public relations,” Garrity said.

Baer said he tells clients to create a response matrix representing different potential complaints that staff can refer to whenever bad feedback arises. Creating the comment chart before the bad publicity hits helps ensure businesses aren’t responding to angry or disappointed customers with their own anger or disappointment, Baer said.

A 2011 Harvard study found Yelp’s 40 million reviews disproportionately affect small businesses. The research found a one-star increase in Yelp’s five-star rating system resulted in a revenue jump of up to 9 percent for some restaurants, while chains with sizable advertising budgets were unaffected.

“You have to respond 100 percent of the time, whether you like it or not,” Baer said. “Businesses need to assign someone to stay on top of it.”