Wolfson offers washing machines you can talk to, more

Wolfson offers washing machines you can talk to, more 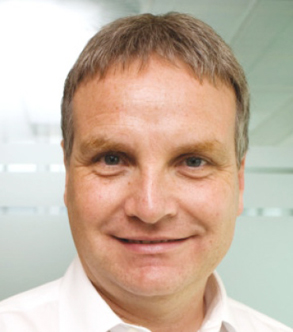 “Voice command is now a reality and the technology is in a place where you don’t have to be in science fiction for that to happen,” Hickey said in an interview. “We think we can enable that technology and we are a key part of getting that happening.”

Wolfson, spun out of Edinburgh University in 1984, was forced to reinvent itself after being hit first by the global credit crunch and then by the loss of Apple, the world’s second-most valuable company, as a customer in 2009. Sales almost halved in two years amid a global economic downturn that led consumers to cut spending on electronic goods such as DVD players and flatscreen TVs.

Wolfson signed an agreement last month with Samsung Electronics, the world’s largest smartphone maker, to provide audio products for Samsung’s smartphones and tablets over a “multi-year” period. The shares have soared 30 percent since the tie-up was announced on April 11.

This year, Wolfson will probably make a profit for the first time since 2008 with revenue rising 27 percent to $228.7 million, according to the average estimate of analysts surveyed by Bloomberg.

That represents a turnaround from 2009 when revenue plunged to $121 million from a peak of $232 million just two years earlier. Over the same period, Wolfson swung into a pretax loss of $14.8 million from a profit of $40.8 million.

“The credit crunch and disruptive technologies such as smartphones were quite helpful,” said Hickey who became CEO in 2008. “We had three ‘innovate or die’ moments all at the same time - Apple kicking us out, the credit crunch, consumers not buying anything - so we had to reinvent ourselves.”

Wolfson decided four years ago to focus on providing technology for smartphones and took the view demand would increase for what it calls an Audio Hub, which enhances voice-call quality and sound for music and video, Hickey said.

The company also reckoned the number of audio applications would multiply, requiring more processing power on its chips while using less power.

Wolfson’s Audio Hub was adopted by Samsung’s Galaxy S3 smartphone, a rival to Apple’s iPhone, in June 2012, building on an existing supply relationship between the two companies. Samsung said yesterday it sold 10 million units of its latest flagship Galaxy S4 smartphone within a month of its release.

Korea’s Samsung had 31.7 percent of the global smartphone market in the first quarter, ahead of Apple’s 17.3 percent, according to data from Bloomberg Industries and IDC.

Customers are now showing demand for Wolfson’s Audio Hub to host other applications such as sensors, Hickey said. Sensor development may be the next “big thing” in areas such as health care, he said.