A call for resignation

A call for resignation 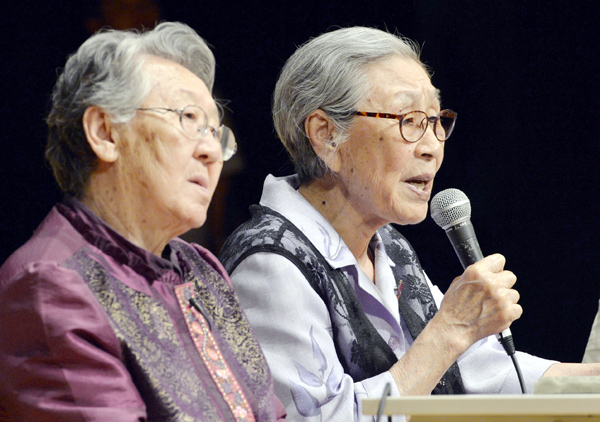 Korean former sex slaves Kim Bok-dong, right, and Kil Won-ok attend a meeting Saturday in Osaka. Describing a comment by Osaka Mayor Toru Hashimoto “absurd,” Kim said he should resign from his post. Hashimoto has angered many by saying Japan’s wartime practice of forcing Asian women into prostitution for its military was considered necessary. Kim and Kil canceled a planned meeting Friday with Hashimoto, citing his lack of remorse. [AP]