Affleck gets honorary doctorate from Brown

Affleck gets honorary doctorate from Brown 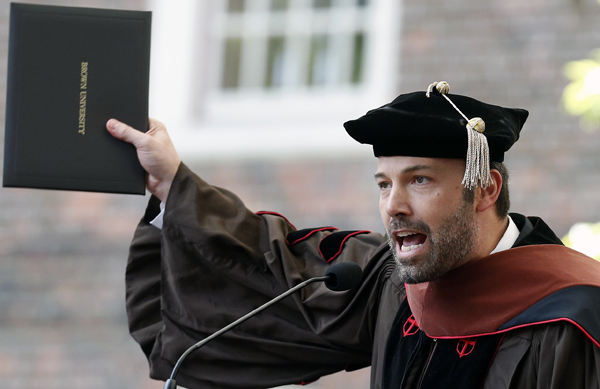 Affleck was among artists, writers, scientists and educators to receive the degrees from the Ivy League school at commencement exercises Sunday. He received a Doctor of Fine Arts degree. The Massachusetts native directed, produced and starred in “Argo,” which won this year’s Oscar for Best Picture.