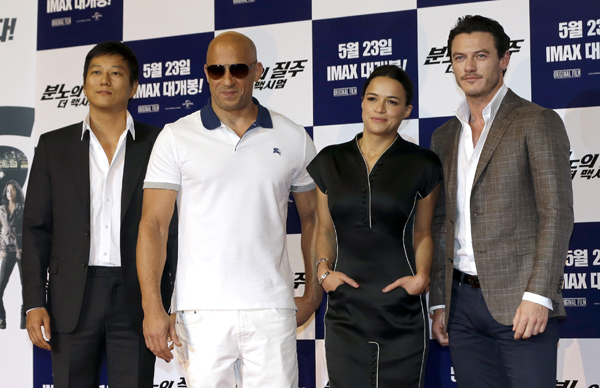 The speed demons of “Fast & Furious 6” raced ahead of the hard-partying “Hangover” gang in a battle between two male-oriented movie franchises, setting up the car chase sequel for a big holiday weekend win at U.S. and Canadian box offices.

“Fast & Furious 6” rang up an estimated $98.5 million in domestic ticket sales from Friday through Sunday and was speeding toward $122.5 million by the end of Monday’s U.S. Memorial Day holiday, distributor Universal Pictures projected.

The comedy sequel, “The Hangover Part III,” brought in $42.4 million from Friday through Sunday, according to studio estimates, and was likely to finish with $64 million through Monday, after a Thursday opening.

The movies charged up the North American box office, putting ticket sales on pace for a Memorial Day weekend record.

“A perfect storm of hits led to this incredible weekend with going out to the movies proving itself to be the first choice for outside-of-the-home entertainment,” said Paul Dergarabedian, president of Hollywood.com’s box office division.