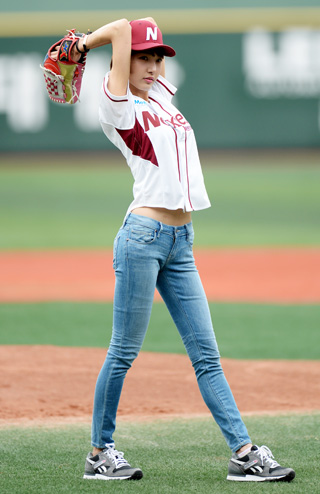 Actress Lee Hae-in prepares to throw a ball at a game between the Nexen Heroes and Lotte Giants on Sunday. 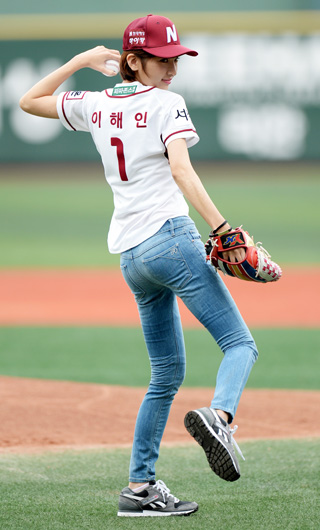 Actress Lee Hae-in is about to pitch at Mokdong Baseball Stadium in southwestern Seoul. 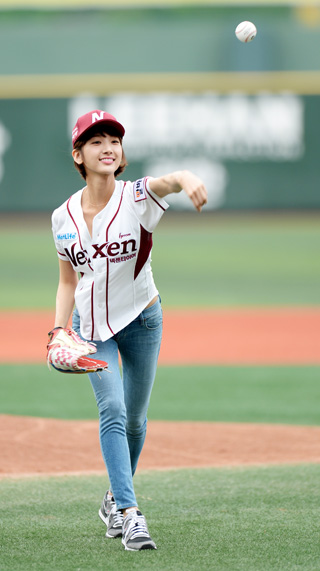 A ball flies in the air after actress Lee Hae-in threw a pitch on Sunday.

Actress Lee Hae-in, who garnered wider public recognition from cable channel tvN’s “Roller Coaster” in 2009, pitched a ball wearing a Nexen uniform at Mokdong Baseball Stadium in southwestern Seoul on Sunday. However, after she failed to throw the ball directly to the catcher, she posted an apology.