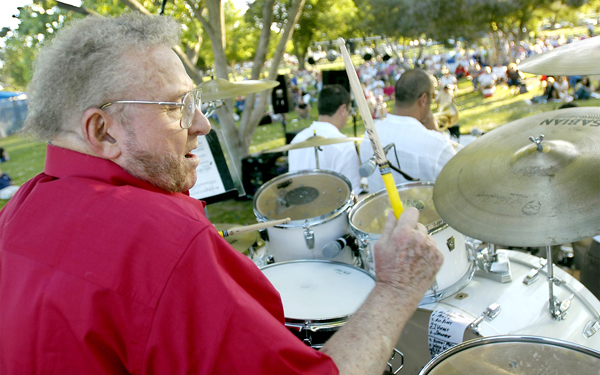 LOS ANGELES - Ed Shaughnessy, the jazz drummer who for nearly three decades anchored the rhythm section of Doc Severinsen’s “Tonight Show” band, has died in Southern California. He was 84.

William Selditz, a close family friend, tells the Los Angeles Times that Shaughnessy had a heart attack Friday at his home in Calabasas, outside Los Angeles.

In the mid-1950s Shaughnessy became a staff musician at CBS.

From 1963 to 1992, Shaughnessy was a late-night television fixture as part of the house band on NBC’s “Tonight Show” with Johnny Carson.