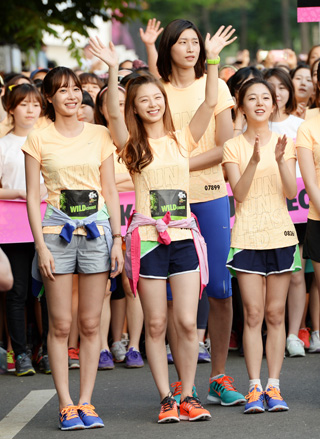 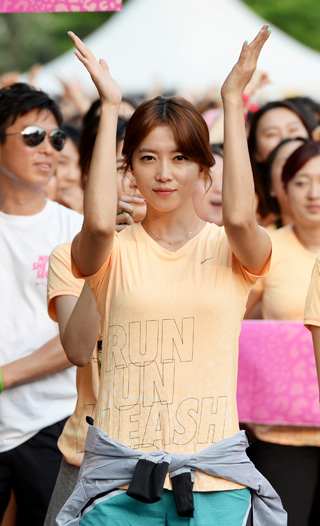 Actress Oh Yoon-ah of SBS drama “Incarnation of Money” cheers herself prior to her run for an event hosted by sports label Nike. 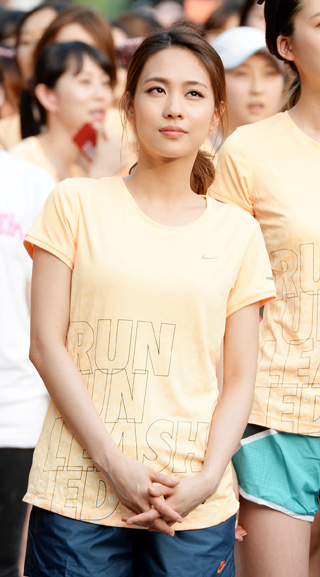 Pei of girl group Miss A gets ready for a 7-kilometer (4.3-mile) run Saturday.

Many celebrities showed off their stamina as they participated in a seven-kilometer (4.3-mile) race event “Nike She Runs Seoul 7K” hosted by Nike on Saturday at Seoul World Cup Stadium in northwestern Seoul.