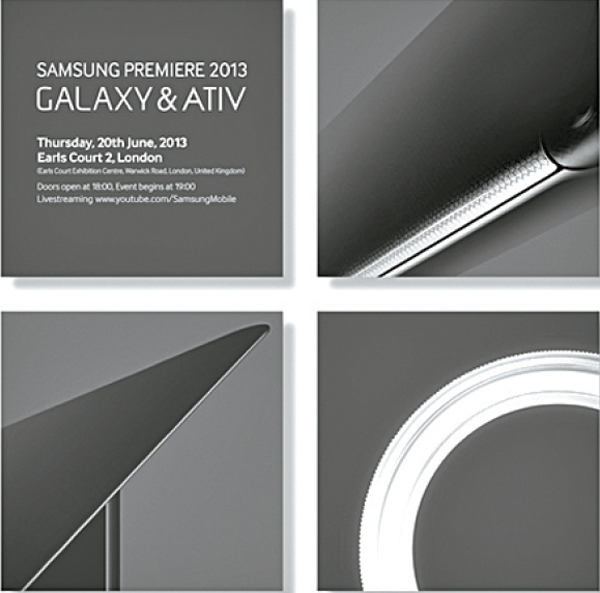 Samsung Electronics is set to throw a press event in London on June 20, presumably to unveil new devices with Galaxy and Ativ brand names.

The leaked e-invitation sent to members of the press says the event is titled “Samsung Premier 2013 Galaxy & Ativ,” but does not specify exactly what products Samsung will be showcasing.

Speculators say there is a high chance the products will include the widely rumored Galaxy S4 Mini, a smaller, cheaper version of its latest flagship 5-inch Galaxy S4. The prediction is based on the precedent of the mini version of the Galaxy S3 last year. The Galaxy S4 Mini briefly - probably mistakenly - appeared on the company’s app store earlier Sunday, supporting rumors of the launch, TechCrunch reported.

Another candidate from Galaxy lineup expected to debut at the event is Galaxy S4 Zoom which is said to combine camera and cell phone. Galaxy devices run on Google’s Android platform.

From Ativ, a lineup based on the operating system by Microsoft, a personal computer or a tablet PC is anticipated to debut at the premier. Among the latest products, Samsung has a smart PC, a hybrid between a laptop and a tablet PC similar to Microsoft’s Surface. Samsung announced in April it would place all Microsoft Windows-based products under the Ativ brand name.