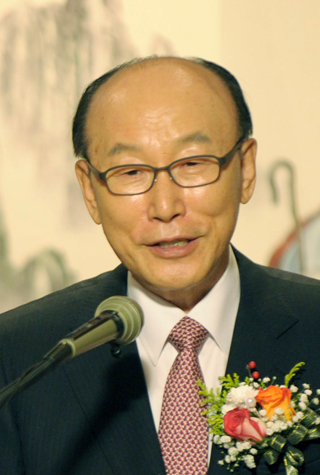 Prosecutors said yesterday they have summoned David Yonggi Cho, 76, founder and senior pastor of the Yoido Full Gospel Church, on suspicion of using church funds to buy stocks of a company that was once owned by his son Cho Hee-jun, 47, former chairman of the Kookmin Ilbo.

The Seoul Central District Prosecutors’ Office said Cho was summoned on Monday for allegedly using the church’s nearly 15.7 billion won ($13.3 million) fund to buy shares of I-Service, a company that was once owned by his son, at prices higher than its value in 2002.

The son is currently in prison after receiving a two-year prison term for embezzling about 3.6 billion won of an affiliation company of Next Media Holding, where he was the major shareholder, to pay off his personal debts.

The prosecution said they questioned the minister about whether he pressed the church to buy the shares.

Allegedly, an official of the church warned that buying the stocks could lead to financial losses, but the minister ordered the church to purchase them nevertheless.

The prosecution said that the finance official of the church, surnamed Kim, testified in April that the minister ordered him to buy the stocks to help his son.

In September last year, about 30 elders of the church had reported the minister to the prosecution for such irregularities and Cho was summoned by the prosecution on Sept. 14.

The minister denied the allegations at the time.