Beyonce, Madonna team up for charity

Beyonce, Madonna team up for charity 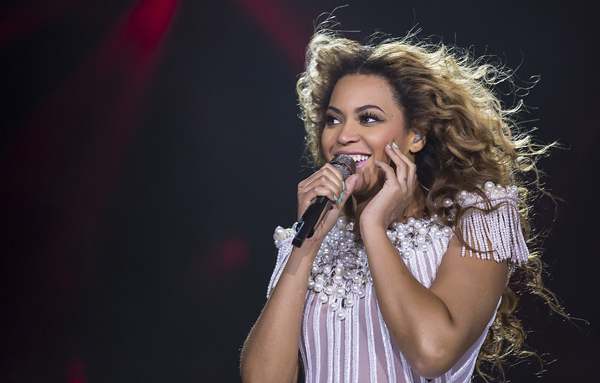 LONDON - Singers Beyonce and Madonna, activist Gloria Steinem and Bishop Desmond Tutu will be among big names reaching out to a billion people from a pop concert in London on Saturday with a message of empowerment for women across the planet.

The “Sound of Change Live” gig headlined by Beyonce, Florence + the Machine and Jennifer Lopez will be broadcast live from Twickenham sports stadium to 150 countries, and on primetime TV in the United States the following day, organizers said on Tuesday.

The four-hour concert could fund at least 120 projects supporting women and girls in more than 70 nations, if all the tickets are sold, they said.

Organized by the Chime for Change campaign, started by Italian fashion house Gucci, every ticket buyer will be able to choose which project their ticket will fund in what the campaign, a world first for such a venture.

Madonna will be a presenter at the gig alongside other musicians, public figures, activists, film directors and actors including Indian stars Aishwarya Rai and Abhishek Bachchan.

“Sixty percent of the children in the world not in school are girls,” Madonna said. “Two-thirds of the world’s illiterate are women. I do not accept this. We need to change this and we will change this.”

In addition to performances and collaborations from artists, the concert will serve as a platform to broadcast inspirational and provocative films and stories highlighting women’s issues around the world.