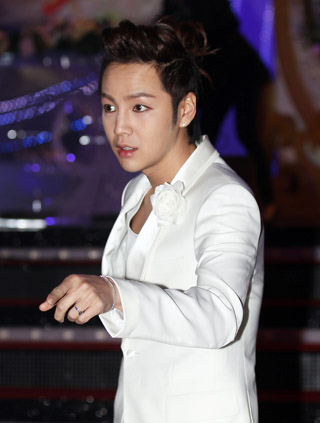 Korean stars have created a buzz in Japan’s music industry as they are ranked high on the Oricon chart, one of the most prestigious music charts in the country.

Two title songs, one that has the same title as the album and “Indian Summer,” have positive reviews.

Also, the fact that the album includes a song written and composed by Jang, which is titled “Love Letter,” garnered much attention.

He also served as a daily DJ yesterday on radio program “All Night Nippon Gold” on Nippon Broadcasting to communicate with his fans.

On the same day, boy band 2PM was also ranked high on the daily EP chart with its sixth single “Give Me Love.” It entered the chart in second place.

Boyfriend’s first album in Japan, “Seventh Mission,” was ranked fourth on Oricon’s daily album chart, raising hopes that the group might help sustain the popularity of Hallyu among Japanese fans.