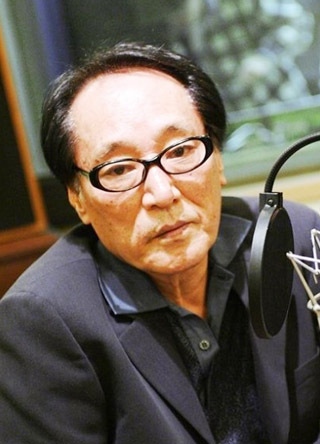 Korea has lost a voice of the late 20th century. Radio star Lee Jong-hwan, who has been loved and respected since the 1970s, passed away yesterday at his home in Nowon District, northeastern Seoul. He was 75.

He was hospitalized at Seoul National University Hospital after being diagnosed with lung cancer in 2011, but moved home around 10 days ago at his own request.

The deceased, born in Asan, South Chungcheong, quit studying law at Chung-Ang University to start his radio career in 1964.

Although he started as a producer on MBC radio, he soon took the microphone as a DJ for “Starry Night,” a program that lasted for 40 years.

He was the third DJ to host the show before many other renowned singers and entertainers, including veteran singer Cho Young-nam, singer songwriter Lee Jeok, and musical star Ock Joo-hyun took the baton.

Afterwards, he hosted many other radio shows including “Lee Jong-hwan’s Night Disc Show” and “This is Radio Generation,” all of which helped him become the first to receive the Golden Mouth Award bestowed by MBC to a DJ who had hosted radio programs for over 20 years.

Although he had to step down from his radio program in 2003 after he was embroiled in a controversy around him hosting a program under the influence of alcohol, he came back on air through Traffic Broadcasting System in 2005, until his doctors found the cancer.

While building a career as a radio DJ, he helped young artists achieve success. Many folksingers, including Lee Moon-se and Song Chang-sik, took advice from Lee before they became more popular.

Fellow entertainers expressed their condolences over his passing.

“When I was talking to him a couple of days ago on the phone, he smiled and told me that he will come to my concert, and I still remember his thin voice,” Lee Moon-sae posted on Twitter yesterday.

Choi Yu-ra, who worked with Lee on “This is Radio Generation” for 10 years, shared her memory with Lee as well. “He was very intimidating and hard to approach when I was young,” said Choi.

As she currently hosts the same show with singer Cho Young-nam, the program will have a special edition commemorating the memory of the deceased today.